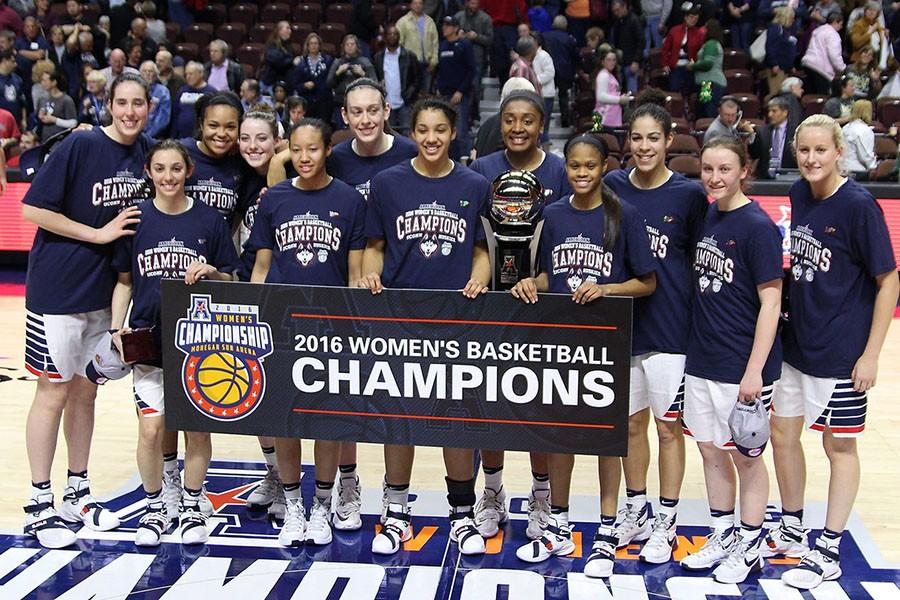 The University of Connecticut Women’s Basketball team wrapped up their fourth straight National Championship on Tuesday and their sixth in eight years.  This has brought up the question of whether they are the most dominant dynasty all time in sports? Are they on the same level of the 60’s and 70’s UCLA Bruins, or the Lakers or Celtics back in the day?

This past year by the Huskies can only be described by one word… dominant. They finished yet another undefeated year by going 38-0 and steamrolling every team that they faced. In fact the closest that any team came to beating them was 10 points which was done at the time by a #3 ranked Notre Dame and a #6 ranked Maryland. The 38 games that they won were by an average of 39.8 points per game, which is just ridiculous. It’s not like they were playing a bunch of scrubs either, they played 13 teams that were in the Top 25 when they played and six that were in the Top 10.

To see the scores to all of their games click on the link below.

The success continued in the tournament upping the average margin of victory to 40 points per game. This included a 60 point victory in the Sweet 16 over Mississippi State and covering the spread of 25.5 in the National Championship game by defeating Syracuse by 31.

Along with the team’s success they also have one of the best players in NCAAW history in Breanna Stewart and arguably the best coach in history with Geno Auriemma. For Stewart’s career the numbers went like this: 4 National Championships, 4 NCAA Tournament Most Valuable Player awards, 3 Consensus National Player of the Year awards, 3 Naismith Awards, 3 Wooden Awards, 3 First Team All-American, and High School National Player of the Year. All of these accolades put her among the great athletes ever to play in their respective sports. Along with all the individual awards, she also only lost five games in her four year college career.

The puppet master for Huskies dominance in the last quarter decade is Hall of Famer Geno Auriemma. He just finished off his 32 season as head coach of the Huskies and passed John Wooden for the most championships- collegiate or pro- in history. His head coaching record is 955-134 (.877) with only one losing season (his first) and has won 22 regular season conference titles and 21 conference tournament titles. Auriemma has only failed to make the tournament 3 times which were his first three years at UConn. He also has the longest winning streak in college history with 90 in a row, two more than Wooden’s Bruins.

Many people are saying that the Huskies are bad for women’s basketball which may be true if this trend continues for the rest of the decade which it appears it might. Love it or not, if you are a true basketball fan then you have to respect and admire the year the Huskies had and the dynasty that is in full swing in Connecticut.