Should guns be allowed on campuses? 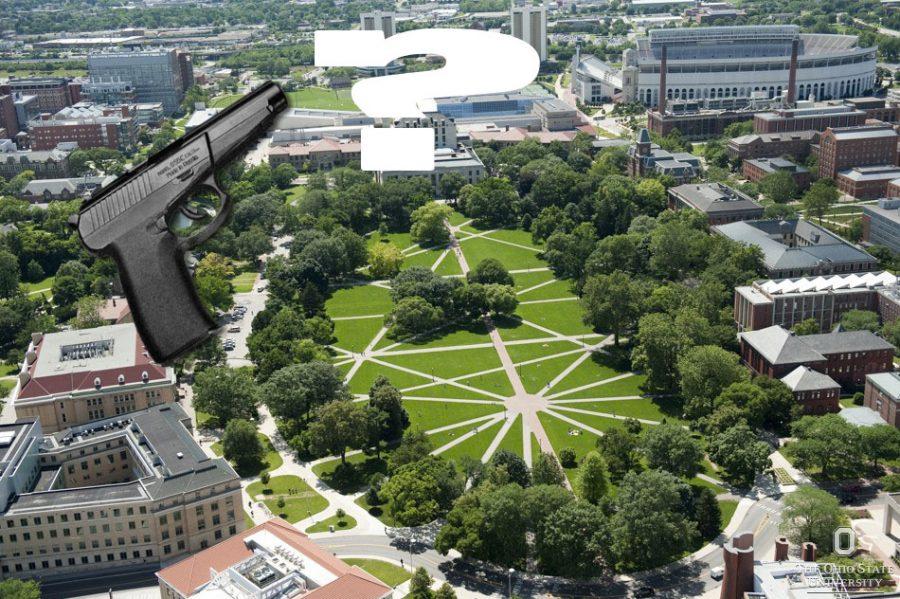 Should students be able to carry a firearm when on campus?

Many people have asked this for years and after the most recent attack at The Ohio State University the question has gotten even more attention.

Ohio is one of eighteen states that currently have a law against carrying a gun concealed on a college campus. But that could change very soon. Ohio has a house bill in place that will end the state ban of concealed weapons on college campuses giving the school the right to choose if they want to allow guns.

If Ohio did pass this bill colleges would have to decide if they will allow guns to be on campus.

No government law allows or forbids firearms on grounds. Twenty-six states boycott the practice with an exemption for open security officers, and 23 states leave the choice to the schools, a large portion of which are “without firearms.”

Weapon rights advocates trust that it is an indistinguishable privilege to convey firearms lawfully in different spots.

In their view, permitting firearms at colleges is an expansion of the established right to carry weapons.

Advocates argue that taking away weapons will make students and teachers more defenseless.

They trust that mindfully equipped workforce and students can make the grounds more secure and prevent mass shootings like the one at Virginia Tech and the recent attack at Ohio State.

In my opinion I think it should be up to the colleges. But I also think that students should have the right.

If there were to be a school shooting or an attack its not going to happen just because weapons are allowed on campus. They will do this anyway.

Plus if you have people on campus carrying guns legally there may be someone there to save another life.

So what do you think? Should guns be able to be carried concealed on college campuses?