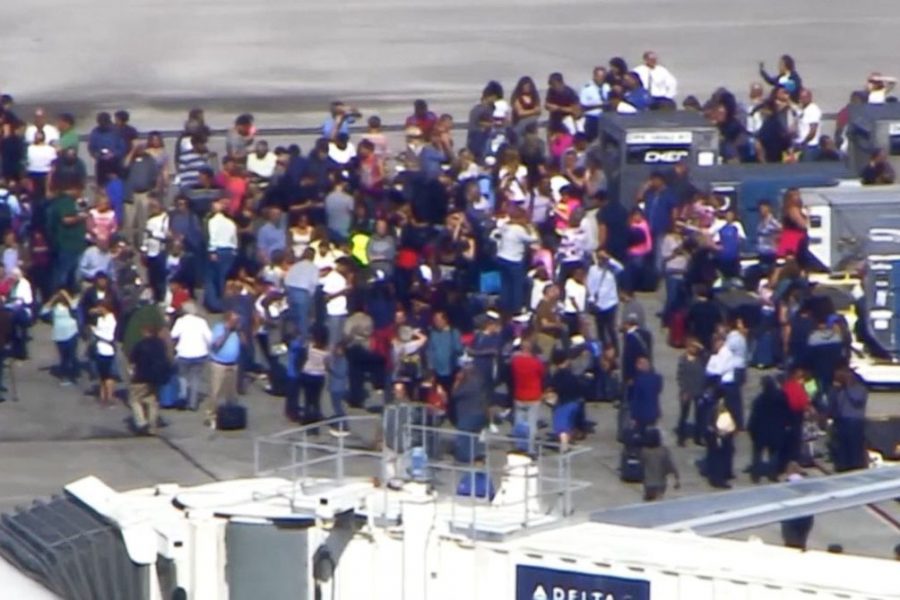 The bad luck continues into the new year of 2017.  Trying our best, as a collective nation, to rid the present of shootings like the past, the bad omen continues to haunt Americans.  On January 6, 2017, the Fort Lauderdale airport felt the rumble of shots firing from a gunman.

According to CNN.com, parts of the airport were quickly evacuated.  A passenger, named Gene Messina was going about her regular flight routines when she landed in the Fort Lauderdale airport.

Messina commented on the situation, “At first I was in shock but when I saw TSA agents running, I booked.”

Airport officials announced on their official Twitter account exclaiming that the situation is an “ongoing incident” in the Terminal 2 baggage claim area.

According to several Miami area television stations, the shooter is now in custody, and nine people were shot.

The incident even affected Former White House spokesman Ari Fleischer as he tweeted, “everyone is running.”

According to Fox News, one victim was pronounced dead while nine others were injured.  Despite this, multiple reports have claimed that there are many people that are dead.

The tragic event occurred around 1 p.m., and the city mayor announced that only one shooter was involved in the incident.

Fox News continued to send out notifications exclaiming that at least six people have been shot.  Not only this, but also; it is believed that several people are dead.

With the incident in Fort Lauderdale unfolding, one raises the question if this happens to be a terrorist attack.

It seems that Florida can’t catch a break, as an Orlando club was shot up in 2016 due to the hate of homosexuals and transgenders.

But, an airport typically isn’t known for its homosexual and transgender members.  The question looms on the total motive of the shooter.

The situation also seems relatively similar to the Ohio State University shooting.  Perhaps the motive was an act of terrorism upon a large body of people.

Regardless of the possible scenarios, the act has been done and the healing process begins.  Now, more than ever, the United States needs to stand as one and fight against these ever-more common attacks.  It’s becoming a continual tragedy of American cities being attacked or shot up.

Donald Trump has to address this ongoing situation from day one.  An end to these tragedies must be solved.  With such tragedies such as Pearl Harbor, 9/11, and these city shootings, there is hope that the United States can be resilient once again through these rough times.