Political correctness is just not pertinent

The American obsession with political correctness just has to end. 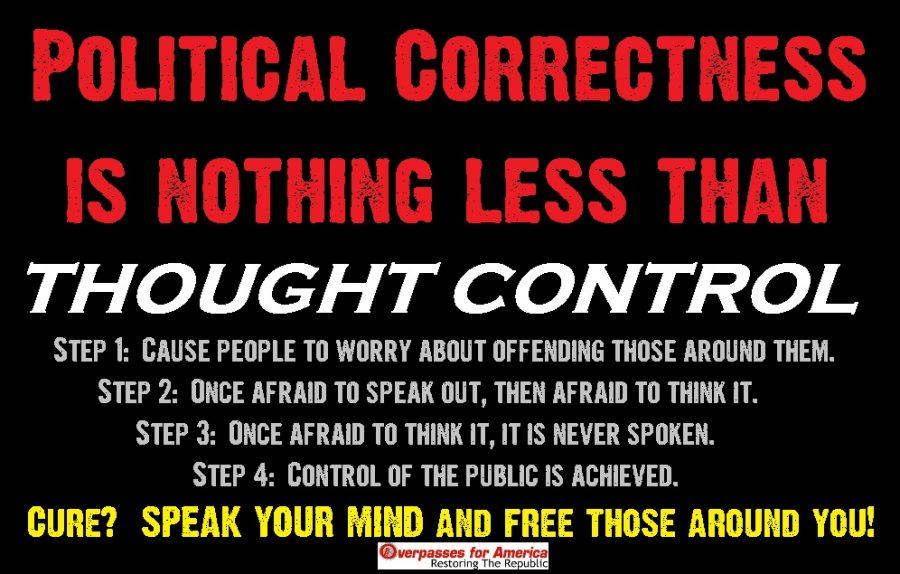 The media has taken the baton of political correctness and run the extra mile with it, totally misbranding the average American in the modern society.  The media, the politicians, and the innumerable oversensitive people that find themselves involved in Hollywood’s show business need to realize the exact America that they are speaking for.

According to Rasmussen reports, 79% of Americans see political correctness as a serious issue.  Political correctness is often used by government officials to overshadow facts of a situation or even the common sense of an average American.  After intense research and talking to many average people personally, I can conclude that NOBODY CARES.

For example, the Washington Post conducted a poll among Native Americans on the subject of the naming of the Washington Redskins.  The politically correct realm of politicians believe the name is completely offensive towards Native Americans.  In reality, 9 in 10 Native Americans are not offended by the name.  Well, this is awkward because the jack wagons over on Capitol Hill already repealed the patent on the Redskins logo.  This will eventually cause the Redskins to lose too much money and they will most likely be forced to change their name.

In the process of carrying out their own interests, the politicians and the people involved with removing the patent are solely responsible for completely misrepresenting these people.  This would be like a trial where the defendant wanted to plead not guilty, but the lawyer he had hired had other interests and entered a guilty plea.

Clearly, the voices of these Native Americans were ignored by the politicians and those in charge of the case.  In reality, according to Pew Research, 59% of people believe Americans are too easily offended over the language of other people.  I am not saying that it’s okay to go all Donald Trump all the time, it isn’t.  However, we do need to stop concerning ourselves over the naming of teams, especially when it doesn’t offend the people the name calls to attention.

I remember watching an MSNBC broadcaster, Melissa Harris-Perry, explain to the world why saying, “hard work” is offensive to slaves.  Well, Melissa what do you call someone who labors in an activity ardently, educational or physical.  I guess we could say, “Hey, I like what you’re doing over there. You are an ardently efficient laborer, not to be mistaken for a hard worker!”  Seems a little verbose to me, but I could just be insensitive.  The ball is in your court Melissa Harris-Perry.  Shoot your shot.

To Ms. Harris-Perry and those politicians who obsess over every word we say, whether it’s truly offensive or not, I have a gigantic message you probably need to hear: WE HAVE BIGGER PROBLEMS.  From the shale oil dilemma to the possible raising of trade barriers, there are plenty of other issues that should keep you occupied.  I suggest you start dealing with them before you’re out of a job.  The average American is tired of hearing your voices.  You don’t represent anything but your own interests.  Use your voice to speak for the average American.