Is It Time for Legalization? 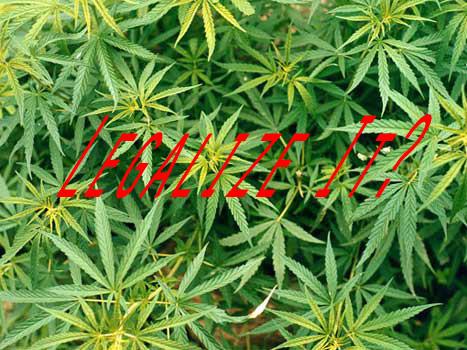 Marijuana is the one of the hot topic issues in America. The legalization of recreational pot is a polarized topic that can even make people shy away from making their opinion know one person who asked to remain nameless said “Honesty, I don’t want to talk about that.”  People see a failing war on drugs and prisons filling up with non-violent criminals as a reason to push for legalization. Benefits like the economic impact of weed could have are other strong points.

The war on drugs has failed and we are now dealing with more problems than when we started with. Since 1971 the US government has spent 1 trillion dollars on the war on drugs. And with this 1 trillion dollars spent we are number 1 in illegal drug use. We lock up small time pot smokers for possession and the US national government spends 30,000 dollars an inmate in prison a year. Legalizing Weed takes out the largest majority of this waste of effort and money in going after marijuana users. The DEA (Drug Enforcement Agency) could then spend more time and less money while being much more effective on harder drugs like heroin and cocaine. Those are not the only economic benefits of Legalization. Legalization could bring about 46.7 billion dollars in tax revenue. We cannot overlook the economic posterity that legalized pot could bring to the US economy.

Some students I reached out to had no problem voicing their opinions on this burning issue. Chris Schroer, only scored a 35 on his ACT, said “The war on drugs has failed and needs major change. I am in support of legalization but before we jump into it we have to wait and see how the states that already have legalized it pan out.” Chris is on point with the failures of the war on drugs. In Colorado marijuana business has boomed having 204 dispensaries in Denver. That is roughly three times the number of Starbucks and McDonalds in Denver. All of this weed is completely regulated and followed leading to safe smoking and less crime.

I also meet up with Cole “duce” Tepe who opened up saying, “I am a strong supporter of the legalization of marijuana.” I spoke to many different people saying the same thing as Duce. In my observation the Elder student body is in favor of legalization.

Some people who argue against legalization ague that dope leads to a life of drugs and crime. Over 2.3 million people tried smoking pot for the first time in 2009 while only 180,000 tried heroin. That leaves an extremely large group of people who just smoke reefer. We cannot continue to push this myth on the American people.

2013 should be the year we move forward and finally break down the stereotypes of smoking bud.