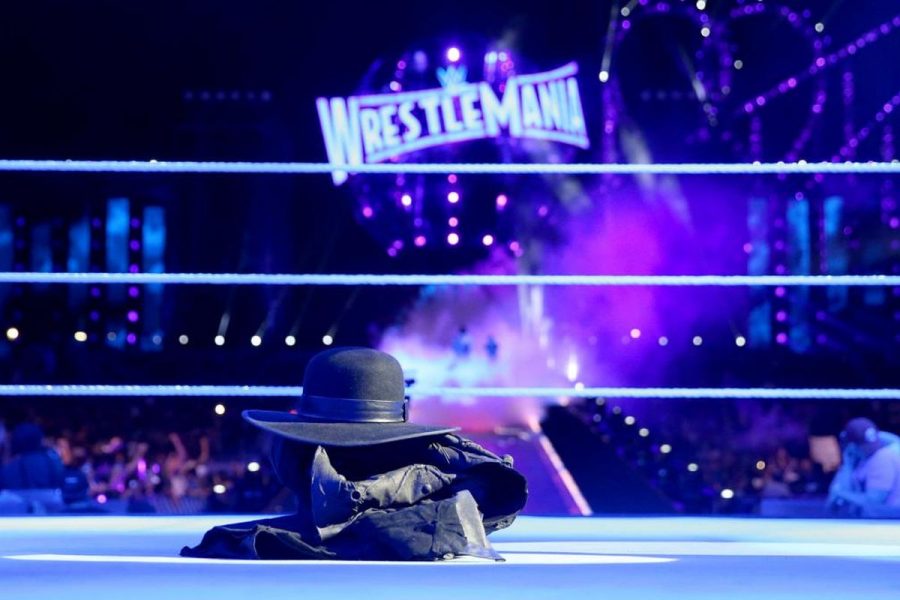 The Undertaker closes the coffin on his career

The legendary WWE wrestler retires after losing at Wrestlemania XXXIII.

One… Two… Three… And just like that it was over. A stunned crowd sat silently, as if they didn’t know what do to. The victor, Roman Reigns, walked up the ramp to a low chorus of boos, but all attention was focused on the legend slowly rising up in the ring. The dimly lit arena was filled with only a few strands of blue light. One-by-one, he took off his ring gear and left it neatly folded in the center of the ring. It became apparent that this was the end of an era. This was the end of The Undertaker’s WWE career.

The Undertaker – real name Mark Calaway – has been a staple of World Wrestling Entertainment television since 1990. So much in the wrestling world has changed since then. In 1990, Hulk Hogan was still in the midst of his prime, and was consistently carrying the WWE (WWF at that time) on his back. Other stars included, Randy “Macho Man” Savage, Andre the Giant, and The Ultimate Warrior. To the current wrestling fan, that seems like eons ago.

The one man who has been constant since then has been The Undertaker. The 6’-10″, 300 pound behemoth of a man debuted at Survivor Series in 1990, as a horror-themed, undead mortician. As stupid or cartoonish as that may sound, many fans will argue that this is the best gimmick ever created by the WWE creative team. He fit this character to a tee because of the intimidating stature, and creepy mannerisms he grew accustomed to making.

What made The Undertaker last so long was his commitment to his character and his willingness to change with the times. Calaway has been revered for keeping his personal life super private, barely every making public appearances and trying to keep the image of his on-screen character intact.

His career went through many unique stages that kept him fresh and interesting in the eyes of the viewers. In the late 1990’s, he evolved from the original character he was playing, to an even more sinister version, and became the leader of the Ministry of Darkness group. At the turn of the century, Undertaker switched up his character even more, becoming a hardcore biker, nicknamed “the American Badass.” This gave his character a larger human side than what was previously shown. After a few years of his biker persona, he went back to the darker, deadman character he debuted as. The only difference this time around was his matches were the best he’d put on in years and he was viewed as a living legend of the business.

His most famous storylines involved his on-screen half-brother, Kane, and his longtime rival, Shawn Michaels. Kane debuted in 1997, by interrupting the “Hell in a Cell” match the Undertaker was wrestling in and attacking him. This lead to an on-and-off relationship between the two as they feuded many times but were also legendary tag team partners.

Michaels, WWE’s resident pretty boy, was basically the exact opposite of The Undertaker. They feuded many times, and had two of the greatest Wrestlemania matches of all time, the latter of which forced Michaels into retirement.

The Undertaker showed he could still put on a great match as recently as 2015 when he wrestled classics at Summerslam and Hell in a Cell against Brock Lesnar. He beat Lesnar at Summerslam, but lost to him in a cage match at Hell in a Cell.

At 52 years old, ‘Taker had nothing left to give the wrestling business. He hadn’t been wrestling a full-time schedule since 2009 to lighten the strain on his body. He had accrued many injuries over the course of his over three decade career, including his time in smaller promotions before the WWE.

Even though my passion for wrestling flamed out years ago, The Undertaker has always been my favorite wrestler. I didn’t even get into wrestling until his full-time career was starting to wind down, but there was something about his overall presence that both creeped me out and intrigued me. Many others have felt the same way as Calaway became one of the most well-liked and respected people to ever lace up a pair of wrestling boots.

The Undertaker did his time, tangled with the greats, won championships, and cemented a legacy that will last forever. 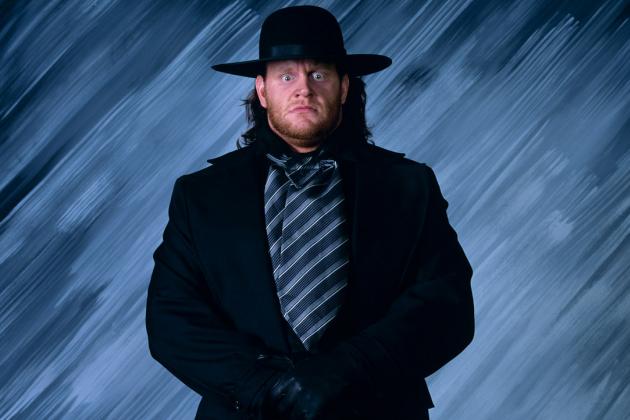 Gallery|7 Photos
wwe.com
The Undertaker in the early 1990's.