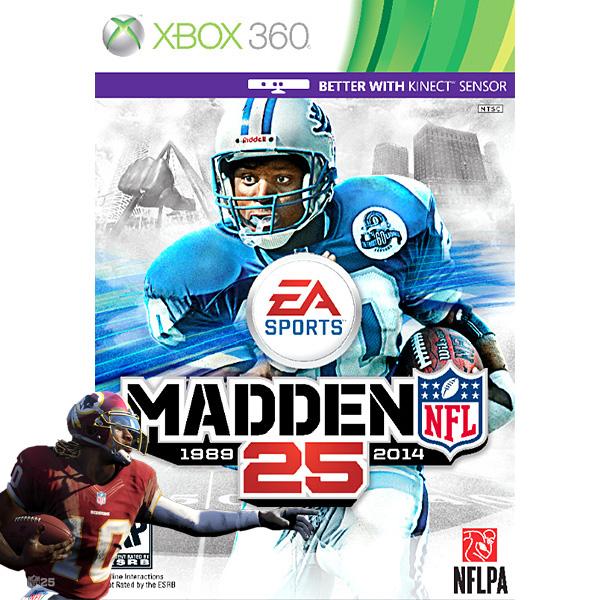 This year marks the twenty fifth anniversary of the Madden series. The original title was known as John Madden Football before 1993. It has been a very successful video game series selling well over 85 million copies and making a total of 3 billion dollars.

The gameplay is relatively similar to the old gameplay of Madden NFL ’13, however there are some other optional elements that have been added. These include the new Build Your Own Franchise mode and the improved running game.

The new Franchise mode has exsisted in the older versions, but the new details that have been added are the production of being able to move your team location and construct an entire new stadium. The new Franchise mode however is still like the ’13 edition where it is not called “franchise,” but Madden UI, which basically just combined the Franchise, GM, and Coach Experience into one game mode.

The all new run game, really isn’t all that new. EA Sports just did some minor tweaking to the run game from ’13. It is, however, more precise and feels smoother when making cuts and it has been made easier to be a more patient runner like Chris Schroer, and wait for the blocks and then explode into the open field. In earlier editions the tackling system hasn’t been as precise and always ended up bringing your man down when you got near the offensive guy, but with this new system it has made the run game more enjoyable and easier to accomplish even when the defender is near.

The graphics of the game are absolutely unreal; it shows even the tiniest detail from the sweat dripping down the player’s face to the footprints disappearing underneath the player after they move. Also the mud on the grass splashes when your player runs and slows down.

“I like the graphics of the game,” said senior Jake Conners. “And also the new running physics system which has really revamped the game.”