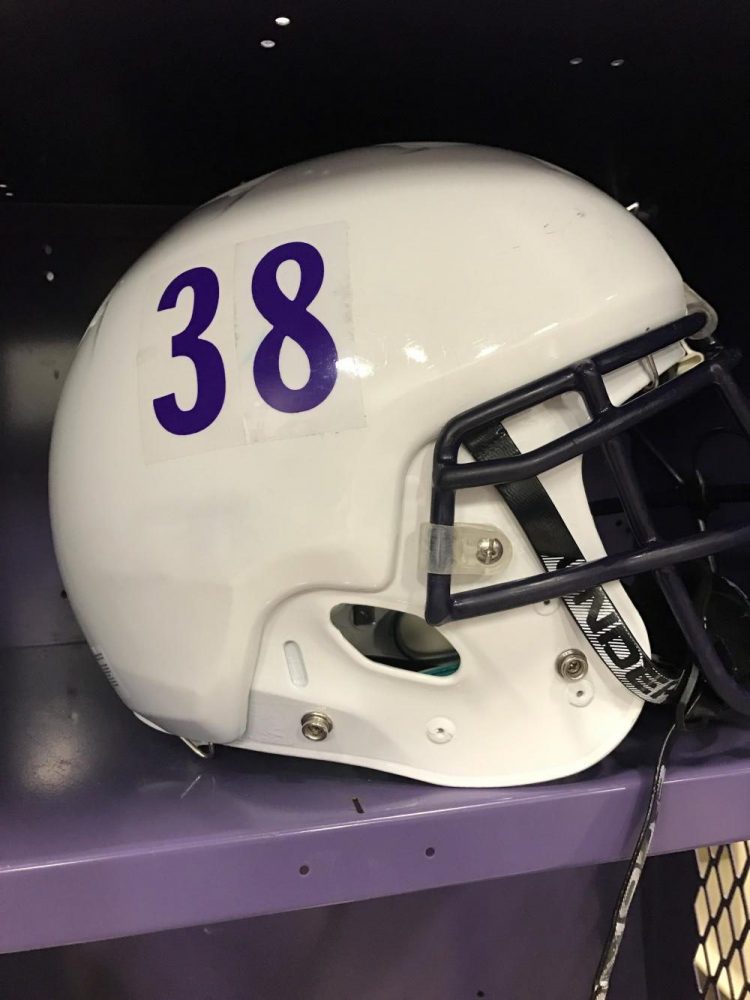 Ever since its beginning, the sport of football has dealt with the issue of head concussions that have occurred among many players. Some players have suffered head trauma, memory loss, and even death as well. Elder football has taken this issue to task with one of the newest products created by Protech.

Over the years, all levels (grade school, high school, college, NFL, etc.) have tried to take action and create new ways, rules, and ideas to make the game safer. Like other teams and schools, Elder has taken that approach to help keep their players safe.

Beginning this year, Elder Football has begun to wear helmet covers (also known as “Defend Your Head” Protech Covers). The cover is a very thin and rubber-like layer that attaches onto each of the player’s football helmets. Players have been wearing these covers since the beginning of this season.

The idea was introduced by Doctor Matt Busam. He, along with our athletic trainer Jeff Fitz, and Coach Ramsey went to a meeting back in May for the Protech “Defend Your Head”

“Originally in the 90’s, there was a design called ‘pro-cap’ which did work very well at the time. This year in May, we were introduced to the newest prototype that is now in effect for our football program,” said Fitz, explaining the origin of how this new prototype started out and how it’s turned out so far.

Now that the season is in full effect and nearly halfway through, many players have had different opinions towards the way it feels, looks, and how much of a difference it has made in contact. Although it does look funny when looking at the helmets up close, it has effects on how players wear the covers on their helmets.

“At first it felt heavier and my neck was sore for a couple days and felt tired. But I got used to it after a while. It has made a slight difference so far when getting hit and it’s not as painful, but when it happens I still feel sore at times as well,” said senior Danny Faillace about what the helmet covers have done for him.

With that being said, it seems like the helmet covers have put forth a slight change in impact and preventing concussions. Jeff Fitz also stated, “So far, I don’t think it’s completely prevented concussions from occurring but there have been a lot less head injuries compared to past seasons.” Many other schools like St. X for example use collars as a way to prevent concussions along with many others.

Besides these new designs for concussion prevention, many organizations are continuing to create new ways in which we can prevent concussions from happening in all sports. What affect will the helmet covers do for the Elder Football program for years to come? In all hopes, everyone wants all athletes to be kept safe from crucial injuries and enjoy playing sports.