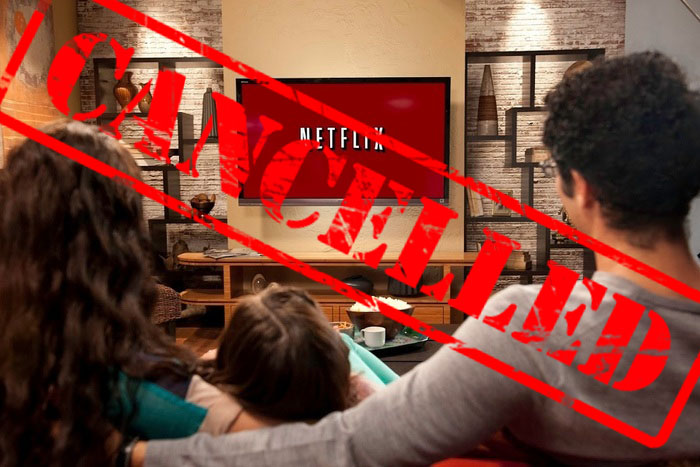 Netflix has become a staple in our society today. No longer do viewers have to wait to watch their favorite episode one night a week; through Netflix it more than likely available at the click of a button.

Netflix plays a large part of students’ lives at Elder as well. Rather it be Joe Elder staying up late binge watching his favorite series instead of studying or Al Tiora having a Netflix and chill sesh with Baby Cakes, the online streaming service has its grasp over our school.

While just about anyone can name a favorite TV show or movie that they wish were on there, Netflix has generally played host to the majority of highly acclaimed content. That is until recently.

An alarming trend has been seen in the world of Netflix. Netflix is shifting its focus towards more original content. And while the viewer might reap this shift’s benefit through shows such as Stranger Things and Orange is the New Black, it calls into question the safety of some of the prior mentioned favorite shows that are already on Netflix.

Because there is a considerable amount of cost in producing all these originals, Netflix has become a stickler in its contracts with networks and producers. This has caused, over the past few months especially, some Netflix favorites to be taken offline.

Netflix’s October cancellations seem to hit the hardest. With favorites such as Prison Break, One Tree Hill and Friday Night Lights being

taken off, I knew that there had to be some angry members of the Elder student body when they heard that Netflix was cancelling their favorite shows. So decided to catch up with these student body members, and may have even caught up with an all-star alum.

One popular TV show that vanished from the Netflix screen at the beginning of this month was Prison Break. Senior TJ Kearns, an avid Netflix viewer who has watched and re-watched Prison Break 4 separate times, gave me his two cents.

“I mean, I get what Netflix is trying to do promoting mostly original TV shows and movies,” Kearns said. “However, I am extremely disappointed in Netflix dropping a show as special as Prison Break. It’s an A+ quality TV show compared to most of the B list material there.”

Kearns went on to portray his devotion to his favorite TV show. “I’ve seen it about four times. Bottom line is Netflix is taking off one of their best TV shows, and I hope it proves to be the wrong decision.”

Another fan favorite that got the found itself on the chopping block was One Tree Hill.

Junior Kyle Trischler, who is now a staunch supporter of One Tree Hill, wasn’t initially. “People like to hate on that show, and I was once one of those haters who wondered why girls watched it,” Trischler explained.

“God knows I need all the help with the ladies I can get, so I decided to check it out. Once you watch the first episode the mix of basketball and rivalry between brothers Nathan and Lucas Scott really draws you in.”

When asked how he felt about the show being taken off Netflix, a fire seemed to light in Kyle’s eye. “Actually, I’m not happy,” he ranted.  “I’m not going to get to finish re-watching it- just a great show and should definitely still be on Netflix, especially with how many people watch it.”

When asked his thoughts on Netflix removing his favorite show, Sullivan was not a happy camper. “Absolutely dumb,” he huffed. “Friday Night Lights is a top three show of all time. Not only does it tell the story of the best fictional sports team, but it’s full of some of the greatest characters of all time. Netflix is losing a great show.”

While Netflix may be losing the show, Sully isn’t. “I’m just happy I have all the episodes on DVD. Texas Forever.”

With more and more favorite TV shows and movies gradually getting the plug pulled from Netflix in order to make way for more original content, it will be interesting to see how it effects the giant that is Netflix. Various other streaming services such as Amazon Prime, Hulu, or the Amazon Firestick have continued to climb in popularity, and with customer dissatisfaction increasing as a result of the cancellations, it would not surprise me to see the house of cards that is Netflix eventually fall and succumb to the other streaming services.