Which is more popular? 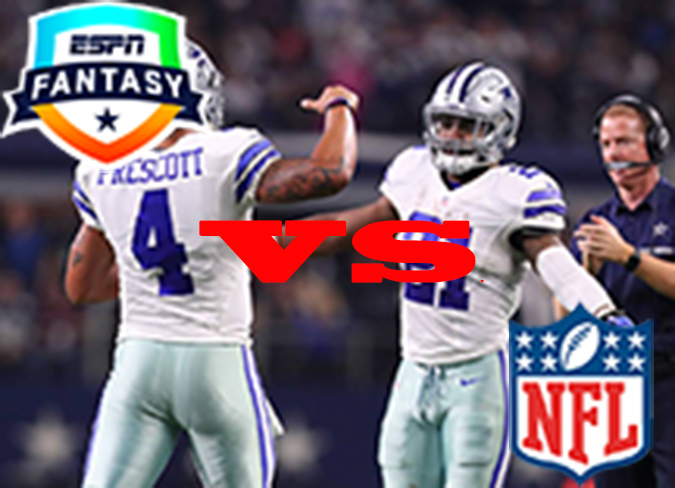 Fantasy Football has continued to rise in popularity while the NFL’s numbers are down. This raises the question: What is more popular: The NFL or Fantasy Football?

Fantasy Football has been rising rapidly in popularity. People love feeling like an NFL owner while trying to beat their family and friends. They get to be the owner of their favorite player, and thy get the thrill of the gamble because they ultimately have no control over how good or bad a player actually does. One of the reasons Fantasy Football has grown in popularity while the NFL has lost viewers is because people have more favorite players than favorite teams.

“I think this has to do more with the transition to a more star heavy and less team oriented popularity. People generally care more about specific players and not the teams they play for,” said Senior and Fantasy Football Commissioner Jack Hammersmith.

There are people on both sides of the debate. There are also some who think they grow in the same direction simultaneously. “The more people that play fantasy football, the more people that watch the NFL. The reason I have watched a lot more football over the last five years is because I play fantasy football… I kind of think it goes both ways,” said senior and rival Fantasy Football Commissioner Andrew Eubanks.

The clearest way to pick a side on the debate is to pick which game you would rather watch. Would you rather watch your favorite team play, or would you rather watch a game that has a lot of your fantasy players in it? Andrew Eubanks says he does not care about fantasy, so he normally watches his favorite team. He conceded, however, that it all really depends upon how much each person cares about his or her fantasy team. He would also rather watch a close game instead of a decent game with two poor teams even if the second game had a lot of fantasy implications for him.

They also both agreed that Fantasy Football has definitely helped the NFL grow. “I think fantasy football is increasing due to people having the desire to make the interesting and important to each individual,” said Hammersmith.