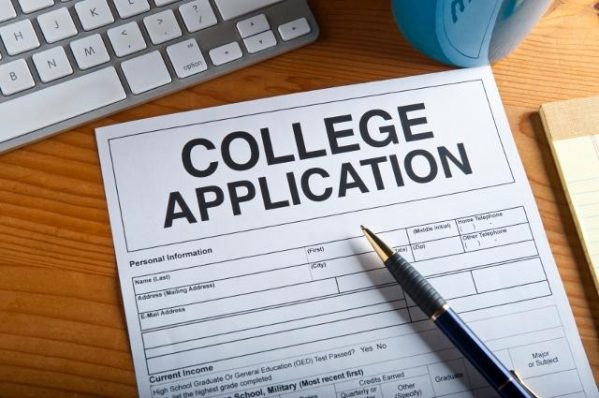 Fall is the favorite season for many seniors at Elder High School, myself included. However, once you look past the beauty of the weather, football games, and other fall favorites, one reality rears its ugly head- applying to colleges.

College applications can be stressful. It is the beginning of deciding what the rest of your life could entail. The application process involves answering many different questions and prompts to help the colleges learn more about prospective students. While some questions make sense, others are simply ludicrous.

One question stood out in particular – “If you were a fictional character, who would you be and why?” I could only imagine some of the answers that colleges have to read to this prompt. So I decided to put myself in those colleges’ shoes and ask seniors who I thought would give some interesting answers the same question.

The first senior I asked was none other than Jack Mazza. Mazza is a character in and of himself, but I still felt his answer needed to be heard.

“Tarzan,” Mazza responded. “I always tried to be like him when I was little. I love running around doing stupid stuff and trying to climb whatever I can. I feel like he was one with the forest and I think that would be a cool thing. He blocked himself out from the outside world and was raised by gorillas- that’d be unreal.”

The next senior  was golfer by day construction specialist by night, Jacob Rhoads. To me Rhoads is an exact replica of the original Dos Equis Most Interesting Man in the World, but he went a different direction with his answer.

“I would have to be Jack Sparrow,” said Rhoads. “Ever since I was a young boy I have longed to be a pirate. Being able to sail the seven seas alongside a looker like Natalie Portman? C’mon, that’s a no brainer! I would be able to say I made it in life as I wielded a sword as my long dreadlocked orange hair flowed in the air.”

The final senior was Andrew “Mags” Broxterman. Mags is probably the biggest character in our grade. I find myself having to tell him to get off the stage too often, so I knew his fictional character needed to be heard.

“I’ve got to go with Bert from Sesame Street,” Mags answered. “I think that our serious personalities match up pretty well. People don’t know this about me, but I have a strange fascination for pigeons, and Bert has a pet pigeon Bernice. Life would be much simpler to live alone with a friend such as Ernie. Also, while I don’t necessarily see it, more than one person has said that I look just like Bert.”

Tarzan, Jack Sparrow, and Bert from Sesame Street. These are just a glimpse of the thousands of fictional characters that colleges have to read whom their prospective students would be. I don’t necessarily see how this type of question shows the college about what type of student or person those students are, but whatever floats their boats.

Good luck to the rest of the senior class as we wrap up the rest of our applications and eventually decide where we will be spending the next years of our lives.