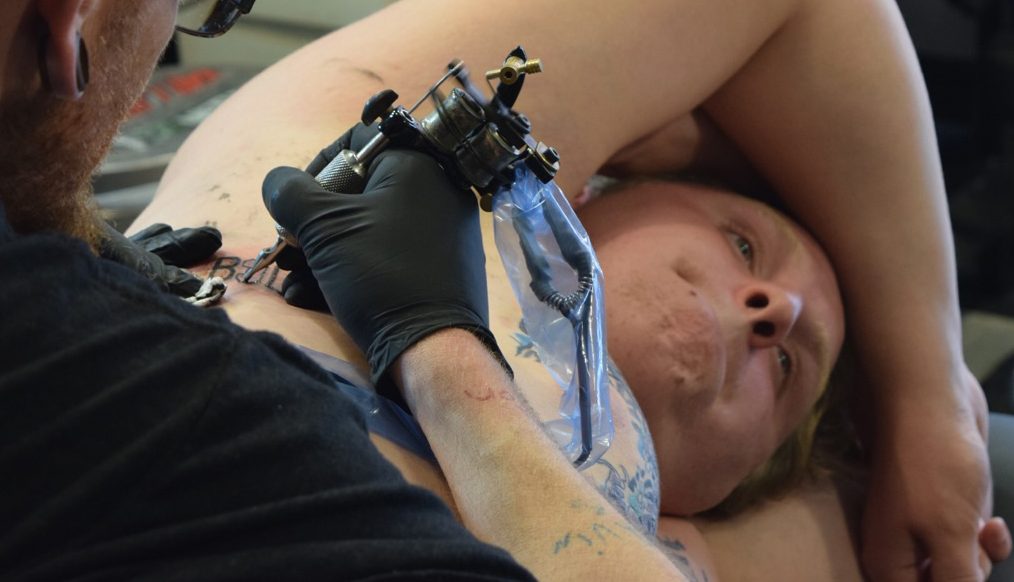 Bryce gets a B3LI3VE tattoo for friend Ryan Custer

Bryce gets a B3LI3VE tattoo for friend Ryan Custer

Many people use their clothes or style to show their personality before you talk to them. A few Elder students have used a different form of art to express themselves. I am talking about the art behind a tattoo. Tattoos can mean almost anything, from describing personalities, commemorating friends or family, to even providing a message or reminder of strength.

Quite a few people have tattoos, from small to large and located almost anywhere on the body you could imagine. Many people at Elder have gotten ink on their body for some pretty significant reasons. I investigated, wanting to further understand the meaning behind some of the tattoos of Elder.

Bryce Martin, Elder senior, has been pretty notorious for his tattoos. Bryce has nine tattoos at the moment but said he plans on getting more ink in the future. “I’m currently having a tattoo drawn up for my buddy Joey Riley who passed away this past month. It’s going to be big and beautiful.”

“All my tattoos have significant meaning to me, especially every little detail that is put into them. I’ll tell you about my first one I️ ever got when I️ was 16. It says, “I️ can do all things through Christ who strengthens me.” This verse stays close to me because this represents the transition I️ took to become a Catholic. The purple shroud hanging on the cross is for Elder High School and it represents all the great things Elder has done for me. I️ put 4:13 separate from the quote because that is my birthday (April, 13th) the B.A.M. at the top of the cross are both my brother’s initials and mine,” said Martin.

Bryce loves all of his tattoos but favors one a little more than the rest. “My matching tattoo I️ got with my brother. It says “Brothers never break” and has our birthdays and initials. I️ love it,” said Martin.

Another Elder senior with a tattoo is Bradley Fillers-Anderson, Bradley has a tattoo on his left forearm that he got over the summer.

“I wanted something to remind me of the struggles that I’ve went through and how I overcame them. It also looked pretty cool so that was another reason. I got my tattoo on my birthday, June 17, 2017. I also was pretty interested in the whole process of getting a tattoo. I got the ‘warrior’ tattoo at One Shot Tattoo,” said Fillers-Anderson.

Bradley, like Bryce also is planning on adding more ink over the years. “I plan on getting more tattoos, but definitely want to have meaning behind each tattoo that I have. I have been getting the grim reaper on my right arm, or a vampire bat on my right forearm. My goal is to someday have two full tattoo sleeves on each arm.”

I only talked to a few students with tattoos, but others have tattoos with many different meanings behind them. Jake O’Brien and Luke Masminster each have tattoos B3li3ve tattoos for their cousin Ryan. Donnie Wilson has an “Altiora” tattoo for his time at Elder and to remind him to strive for the higher things in life.

Just about everyone with a tattoo has a message behind it, whether its commemorating family or friends, or to embrace something that is a part of them. 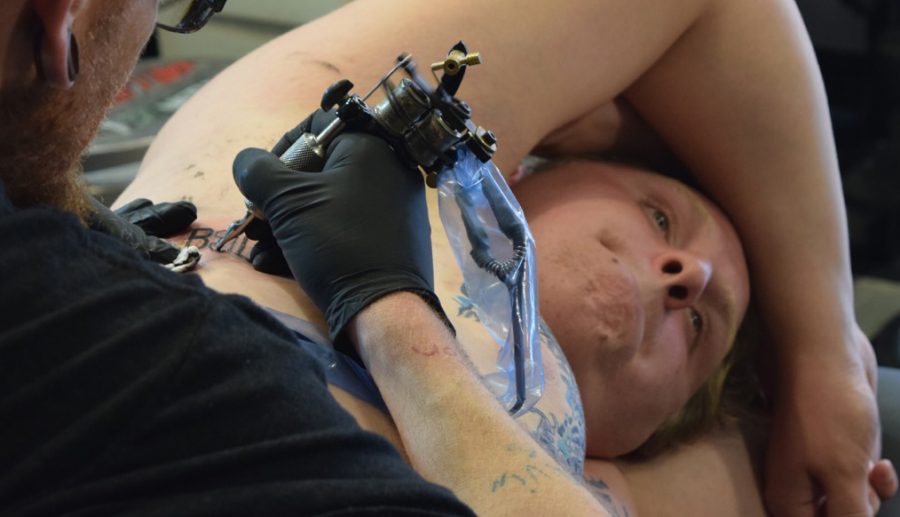