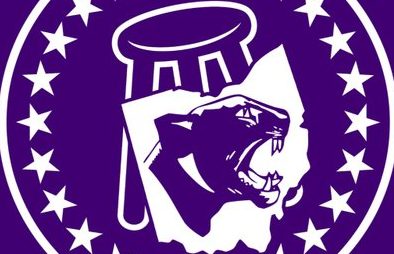 Friday December 1st 2017, I received a text from a member of the class of 2017, David Dabbelt. The text contained a screenshot of a twitter page named “Barstool EHS” and a text message saying, “Please tell me this isn’t you.” Curious about who the actual owner of this account may be, I asked around and discovered it was the brain child of senior Bryce Martin.

To many, this idea of a student run, Elder sports/student body associated twitter account seems redundant and unnecessary, but to Bryce it is an essential platform for what he hopes to accomplish. Martin’s goal is to unify the student body and get as many people out to as many sporting and social events as he possibly can, thus the hashtag, #FridayNightsAreForThePanthers

Receiving a variety of reactions from the student body, this twitter page was quite the topic of conversation on Friday. Senior Eric Bley told me he isn’t a fan of the account because he feels that its trying just a little too hard for him, and that we already have enough media outlets as is.

Following up with David Dabbelt, he told me that he isn’t a fan because it should be a college thing, and a college thing only. Part of me agrees but part of me disagrees.

I believe what Bryce Martin is doing is a good thing for the student body, hes making his mark on Elder and leaving his legacy, while doing something good for the school.

Barstool EHS’s first tweet was an interview with Senior three sport athlete, Daniel Nieman about the basketball teams opening game vs Fairfield, the interview concluded with Nieman stating that Friday nights are indeed for the Panthers.

The big mans view on the game tonight against the Indians pic.twitter.com/nt5h1SFyUf

Senior Trevor Estep told me he likes the twitter account because he finds it fun to look at and he thinks its cool that Bryce made his own Barstool account for our school. Sophmore Anthony “Tony” Frommeyer however is not a fan, he however would not expound on why he had this profuse dislike.

Senior Jack Sanfillipo was heard saying, “It’s like the Kroger brand of Barstool sports, but that’s not necessarily a bad thing, I personally like Kroger.”

Seniors Henry Burdsall and Sam Coy said, “It’s something alright, its a very unique thing to do. It’s definitely something Mr. Oberjohann would be interested in.”

Unique indeed, Martin has never been one to stick to the standards, constantly being a guy who strays away from the beaten path, creating his own way of life.

It’s definitely something alright. It’s certainly something Coach Oberjohann would be interested in.”

Martin said this idea came to him when he just thought of the idea one night and said whatever, I’ll give it a shot and rapidly gained large amounts of followers

Martin also told me that he plans on “Just sharing sports updates, funny pictures, videos and a bunch of other things that Elder students and alumni love.”

Although he has big plans, one thing stands in his way, copy right infringements. Mr. Espelege told Bryce that he would probably get in to some trouble with both Barstool Sports and Elder because of his t shirt and logo design.

“I’m hoping to stay out of trouble so I’m making changes as I go, we will make it work.” said Martin

Interviews are the staple of this account, often featuring players before and after their big matchups. Martin catches up with team members to talk about everything that scathes the crosshairs of his brain.

Coach Bengel told me, “I think it could be potentially dangerous, some of the content is not what we want to associate with Elder High School.”

Brett Marsh after the game with some comments #TotalMarshMove pic.twitter.com/BYvnCen1GJ

Be that as it may, this account is a powerful tool for the student body. Bryce now wields the authority and social decision making prowess that most people crave, we can only hope that he uses it wisely.