The Free Bird lands in Cincinnati 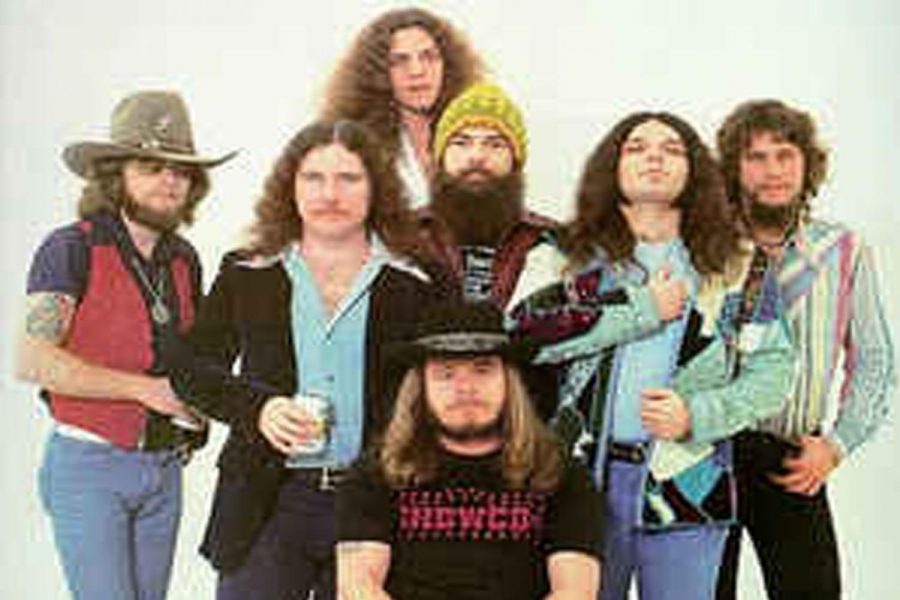 In 1964, an inconspicuous and unknown rock band by the name of My Backyard started in Jacksonville, Florida. After several mnemonic revamps, the band finally settled on the name Lynyrd Skynyrd in 1969, and began their climb to stardom.

Lynyrd Skynyrd released their first album, (pronounced ‘Lĕh-‘nérd ‘Skin-‘nérd) on August 13, 1973. The album was met with critical acclaim, selling over one million copies. This album would begin their meteoric rise and cement their future in Rock and Roll, inventing and invigorating the “Southlands Rock” genre, and earn them praise for generations to come, in part because of their hit song, “Free Bird” which, after appearing on the album, received national play on the radio. They started off strong.

Their success would continue for several years. They went on to release Second Helping (1975, featuring their famous song “Sweet Home Alabama”), Nuthin’ Fancy (1976), One more from the Road and Gimme Back My Bullets (1976), and Street Survivors (1977) before they were cut short in their prime in 1977.

Tragically, 1977 would be the final year that the band was whole. Following the release of Street Survivors, tragedy struck. After a performance on October 20, 1977 in the Greenville Memorial Auditorium, South Carolina, the group boarded a Convair jet, set to continue their tour. However, due to critical fuel failure, and a failed attempt at an emergency landing, three members of the band, Ronnie Van Zant, Steve Gaines, and Cassie Gaines (backup singer) were killed during the subsequent plain crash.

The band broke up soon after, reuniting to try and continue their music career in 1987. From that point they’ve toured and released a few albums, but haven’t fully recaptured their original stardom.

However, the band recently announced that they are going on one final farewell tour in 2018.

And they are coming to Cincinnati. Their farewell tour, for which tickets went on sale February 2nd, is going to come to the Riverbend on August 17th.

Tickets aren’t cheap, however, so buy while, or if, you can. Prices are:

Elder seems to have mixed opinions on Lynyrd Skynyrd’s Cincinnati appearance, and on their last. On the one hand, Skynyrd purists, like our own Mr. Bengel, claim “their last tour was when they were all together, ’77 before the plane crashed, Its exciting, “…but its kinda been like a cover band for a while now anyway.”

Meanwhile, some students, such as Chris Conway have more passive points of view, “Its a pretty exciting thing. Although I’m not surprised since they probably know where the demographic that like their music is at this point. It’s probably about time that they are on their final tour; they are probably sick of playing the same 10 minute songs over and over again for several decades.”

Some share my excitement (and cheapness) however. John Keehan comments, “It kinda sucks, Lynyrd Skynyrd is a great band and I hate to see them go. I wish they could’ve had a few more tours. I also wish tickets weren’t so expensive, I don’t have that kind of money.”

After all, it has been forty five years since Lynyrd Skynyrd took off on the charts for the very first time. After some turbulence, and a stop in our very own Cincy, of course, it may be time for the Free Bird to land once and for all.