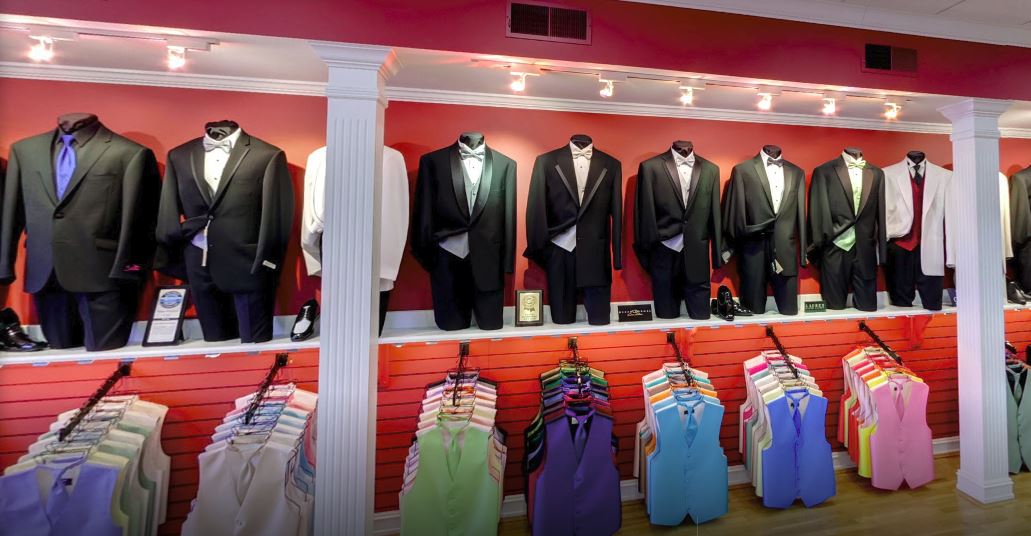 High school dances are all around. Where should you go to look as suave as possible?

“What do you like better: Christmas or prom season?” “Mr. Grey” “Yes um the answer would be um prom season” “Bingo!”

Prom is officially in full swing, and one of the most essential aspects of a successful dance experience is a quality tuxedo. Thankfully for Panthers like us, there is no need to venture outside the boundaries of Price Hill to find a the perfect get-up for those late nights.

The two hot spots commonly frequented by Elder students in search for a snazzy tuxedo are Peppe Ramundo Menswear & Black Tie, and Brogan & Hesketh. Both are conveniently located on Glenway Avenue.

While both rental powerhouses have proven to be outstanding options, there are arguments that arise every year comparing the two. More specifically, students tend to have minor disputes regarding which fashion company is “the move” for prom tuxes.

Senior Joe Bonovita has built the reputation for being the style connoisseur of Elder High School at this point, and his insight is on par with a fashion expert.

“I do not have an exact place like pinned down, but I have noticed some differences,” says Bonovita.

He continues, “When someone tells me they got their tux from Peppe’s, I’m usually like [dang] that’s a super nice tux, but they say they paid top dollar for it. With Brogan’s I see a lot of diversity in different colors and patterns. Both are fantastic in my opinion.”

While Bonovita dabbles in areas, Braedy Murphy is “strictly a Brogan’s guy” as he puts it.

“I’ve just always gone to Brogan’s. They have really good prices for their quality of tux and it’s pretty much set in stone at this point. Once a Broguy always a Broguy.” says Murphy. 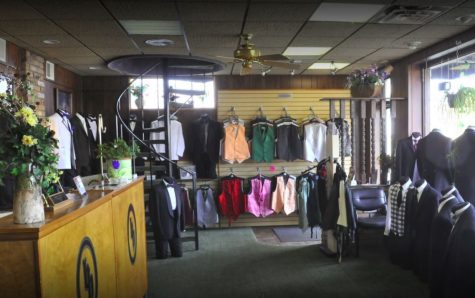 On the other hand, Senior Vince Sabato leans towards Peppe’s when prom rolls around.

“Peppe and the guys know pretty much know most of the Sabato’s because we’re Italian,” Sabato says with confidence. He elaborated, “I love the atmosphere in Pepe’s. They always ask how my family is doing and its awesome when I hear them speak Italian really fast to each other.”

Another fellow Peppe’s supporter is senior Tyler Durr. As of lately, Durr has solidified himself as an outfit aficionado with his classic blue suede shoes he showcases throughout the week along with his dark maroon slim pants.

“Peppe’s just has really nice clothes. I’ve never really checked out Brogan’s but hey no need to fix what ain’t broken. Peppe has been my go to for prom, and if I switched it up at this point, I might lose some of my prom confidence,” says Durr. 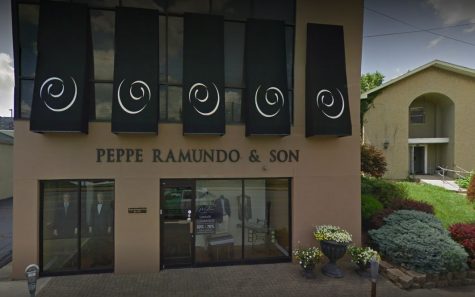 Last but not least, the 2017 prom standout was Bryce Martin. Martin hopped on stage and performed a solo rap to get the crowd even more riled up then they already were. Martin was not only an eye catcher because of his entertainment, but his tux was attention grabbing as well.

Martin also serves as a reliable outside opinion because he does not rent from Peppe’s or Brogan’s. Rather Martin goes to Geno’s because of its location, considering he lives Reading.

“I was working with some white and gold last year with a bow tie and wearing Ray Bans too. I love getting all dressed up for events like prom,” says Martin.

This year Martin gave me a sneak peak revealing, “All I know is I am going solo and dropping a grand on a nice [***] tux. Geno’s in Reading is the only place I go to, ask Coach Pope, that’s where he goes. That man is fly.”

So whether you stay on Glenway or even try out Geno’s, make sure you snag a ticket and admire some spectacular outfits at Elder’s prom on April 7th.