How many is too many? 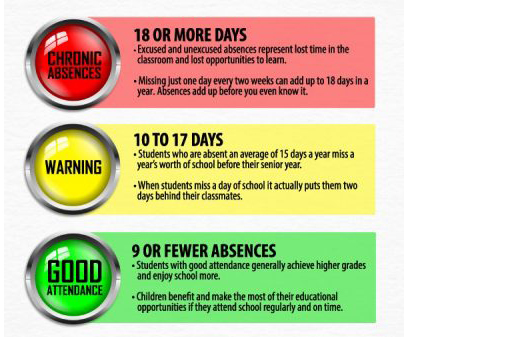 Senioritis is not the only disease seniors contract during their last year at Elder. Students tend to get sick more in their senior year than any other year of high school.

“It’s been about 20, maybe 21, at the most 25,” said senior Michael McGregor when talking about how many days he has missed so far this school year.

McGregor claims he has been sick all those days with diseases ranging from headaches, to senioritis, to just not feeling like going to school, which kind of is senioritis.

McGregor is not the only student that has missed an extra day or two this year. “The attendance issue has always been an issue here at Elder. It has recently gotten a little more than usual in terms of number of people, but it’s pretty much the repeat offenders. The same group of kids,” said Mr. Flaherty.

Mr. Flaherty said that this has been a problem at Elder before, and students normally start missing less days when they begin to receive hours of Saturday school. “The handbook states that you can’t miss anything in excess of 15 days, so once you’ve hit 15 days, at that point I will give you a letter which says ‘Hey. From this point forward the next day you miss, you’ll be asked to serve four hours of Saturday school’. Fifteen is what the handbook states. Obviously we take into consideration surgeries and circumstances that are beyond our control. It’s just unexcused type stuff,” said Flaherty.

McGregor is not the only one getting the letter right now as there are about ten students over the limit.

McGregor takes advantage of the days that he is not here at Elder. “Sleep, play some Fortnite, ya know how it is. Well, I wake up at 7 every day, and then if I miss school, I’ll usually wake up around 11. Wake up, eat a bowl of cereal, play some Fortnite,” said McGregor.

McGregor said his goal is to miss 30 days, but he does not know if he will have enough time to be able to achieve that number. He thinks it will be fun to go for it all. He is just worried about how expensive his medical bills are going to be if he gets sick that much, “I got a GoFundMe to help me with my health situation, so if you want to donate, go ahead. it will help with my medicine, and my medical bed,” said McGregor.

Missing too many days can be a very bad thing for the students, though. If you are a senior, you can get kicked out of Elder before graduation. If you’re an underclassman, you could be asked to withdraw. “ A couple of them we have asked to withdraw, so there are a few that we don’t have anymore,” said Mr. Flaherty.

Senioritis hits every senior. For some, it takes a toll on their grades alone. For others, their attendance drops too. Seniors just have to make sure to go to school just enough to be allowed to graduate.