A year too late? 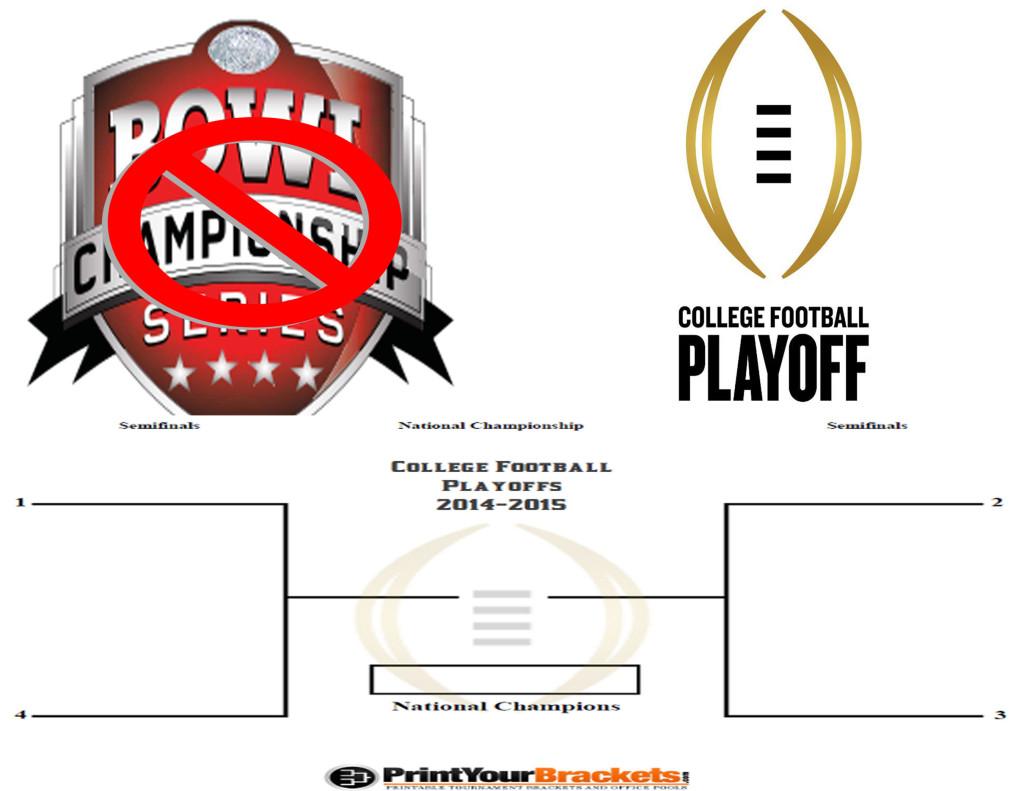 With college football making the change from the bowl series (CBS) to a four-team playoff next year, one has to wonder if it’s coming a year late. There are currently eight undefeated teams in college football. Alabama, Oregon, Florida State, Ohio State, Baylor, Miami (FL), Fresno State, and Northern Illinois are the remaining unbeatens in college football. While all eight cannot finish undefeated with Florida State and Miami (FL) taking each other on this weekend, it seems very possible that more than two teams will finish the season undefeated and worthy candidates will not even get the chance to compete for the National Championship.

For some years now there has been a cry for college football to make the change to a playoff because many believe there are deserving teams missing out on the opportunity to play for the National Championship. Last year the Alabama Crimson Tide went home with the title even though they took a loss on the season. There were other teams with one loss who felt they were deserving of the shot.

Next year those teams will have their chance, as long as they finish the season in the top four. Next season a four-team playoff will begin with two National semi-finals and a final to determine the National Champion. The bowls will still exist but the National Championship game will not take place in one of them and at the end the of the regular season there will be four teams still with hopes of being crowned National Champions instead of just two. It also will add energy and excitement to three games (two semis and one final) instead of just the one championship game.

Still the question is: is it coming a year too late? With eight teams still unbeaten after eight weeks it will not be all that surprising if four teams finish undefeated. If next year’s rules were implemented this year it would be perfect. It wouldn’t come down to computers or “expert’s” polls to determine who the two teams are competing for the National Championship. The National Champion would have to get through two grueling, high energy games. It would better show that they are truly the best team in the nation.

As of now the old way of determining the National Champion is still in place and there will still be teams complaining they did not get their fair shot. Next year the complaints definitely won’t stop but they are sure to lessen. The bowl games have tradition but they just were not working. According to http://www.collegefootballplayoff.com/ there are just 426 days until the college football playoffs begin.