Never too young to go fast 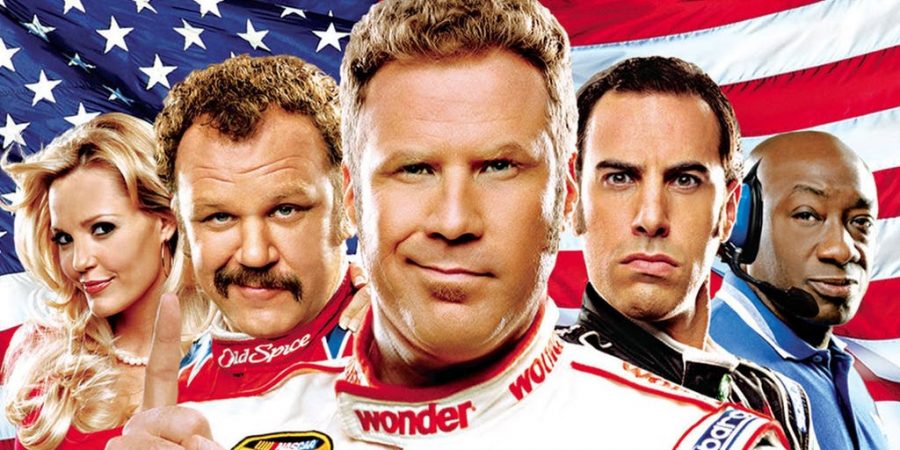 Everyone has heard of Ricky Bobby. And the famous sling shot move used by him and Cal Naughton, Jr. during the race so that he could fly past the checkered flag.

Talladega Nights is a comedy movie about Ricky Bobby and how he lost his driving ability, only to end up getting it back through hilarious and knee slapping comedy. This movie shows Ricky going through crashes and thinking he is on fire to being in a hospital and thinking he may be paralyzed.

The overall production of this film is fantastic. It is a film of great comedy and a cast of hilarious people that really make this movie what it is.

This movie is overall a great movie (maybe not for kids) but for people looking for another glimpse of the hilarious Will Ferrell.

The two main stars of this movie are Will Farrell and John C. Reilley. They are great actors that complement each other very well. Besides being in another movie together (Step Brothers) they are a hilarious duo. Without these two, the roles of Rick Bobby and Cal Naughton, Jr. would not be the same.

There are so many more characters that fit in with this movie greatly. Ricky’s kids and mother provide a great story of his family life and how he grew up.

And who can forget Reece Bobby, Ricky’s dad? There isn’t a better character in this movie; he has so many iconic lines. (can you insert some of them here, please?) His whole pit crew along with the French race car driver fill in spots of the movie that wouldn’t be the same if they were missing.

Special effects of this movie can be most clearly seen through the races that take place along when Ricky gets mauled by a cougar while trying to drive. A lot of movies can try to make racing funny, but they usually fail. However, this movie added effects to the races that just make it a must watch movie.

Ricky’s famous quote is, “I want to go fast.” If you haven’t heard that before then you’re a loser, because “if you’re not first you’re last”.

Talladega Nights is one of the best movies around, no doubt about it.