Why Lebron James is the greatest NBA player of all time. 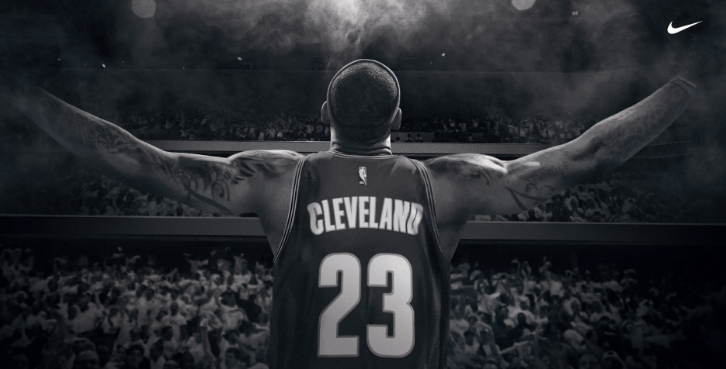 The debate between who is the best ever player in the NBA should finally come to an end.

LeBron is easily the most talented basketball player that we have ever seen. The amount of athleticism he has blows every person he plays or watches him play away.

Most people say Jordan is better because he is 6-0 in finals, but the thing is he has always had better players with him than LeBron. His two teammates, Scottie Pippen and Dennis Rodman are both in the Hall of Fame. Dennis Rodman is arguably the best defensive player ever. Scottie Pippen was always a great scorer and could play any position and guard any position on the floor. The role players behind those teammates were also good.

LeBron’s best two teammates he’s ever on had on Cleveland are Kevin Love and Kyrie Irving. These two players have had a history of crucial injuries to their seasons. LeBron has had to play in an NBA finals without them when Love got hurt in the first round and was out for the whole playoffs. Also, Irving got hurt at the end of the first game in the NBA finals. This is crucial because in many of the nine finals LeBron has been in he has had to try to win the championship all by himself.

Sure LeBron was in Miami for four years and had teammates like Chris Bosh and Dwayne Wade where he won two titles in four years. For most of all the years Jordan was on the Bulls he has always had great teammates that helped him win the six championships he won. This shows that when James has got help from his teammates in the Finals like Jordan always got, he won every time.

Micheal Jordan couldn’t even make it to the finals until they acquired Scottie Pippen. Lebron has made more than half of the Finals by himself. There also could be an argument that LeBron has played better teams in the NBA Finals than Jordan has played.

With the likes of LeBron playing the Spurs with Parker, Duncan, and Ginobli three times. LeBron had to face Westbrook, Harden, and Durant. Everyone knows LeBron has played the Warriors (one of the greatest teams of all time) three times also. For most of his years in Cleveland LeBron had to get through Boston with Garnett, Pierce, Allen, and Rondo to even get to the finals.

NBA atheletes are a lot better these days and because of that it is harder to win against them. Ever since Jordan played, NBA players have increasingly got taller and a lot of the players can hit the three ball along with a lot of the big men now in the league.

Finally, the statistics favor LeBron in almost every category. LeBron is on pace to pass Jordan in every career stat that he has.

This is why LeBron James is already the greatest NBA player of all time at the age of 34 which is unbelievable.