Getting “stuffed” at Thanksgiving

Everyone likes to (over)eat during the holidays, but what are the top food choices at the table of thanks? 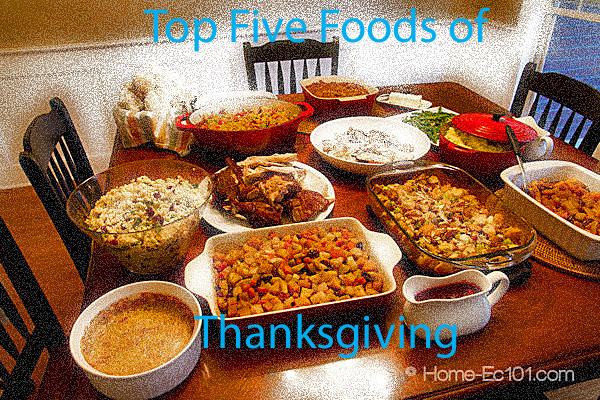 It’s that time of year again. Yes, that’s right, the time where eating mountains upon mountains of food is celebrated among many Americans. Whether it’s playing the traditional pickup game of football, watching the Macy’s parade, or just being with friends and family, Thanksgiving is one of my favorite holidays.

Senior Ben Klenk was asked what was his favorite part of Thanksgiving.

“Being with family while eating a lot of food,” he said.

One of the attributes associated with the joy-filled holiday is the quantity of food eaten. The more food you eat, the better. You may see one unbutton their pants after eating to let their bloated, overly-stuffed belly breathe, and not be suffocated by their pants and or belt. This is due to the variety of food eaten in bulk during most Thanksgiving gatherings. I’m here to give you the top five foods eaten at this annual family feast.

Although vegetables are not a favorite among some people, this warm and zesty dish includes green beans mixed with cheese and sometimes contains french fried onions. This should change your perspective on vegetables.

This fluffy appetizer accents the main meal in a very nice way. Mashed potatoes are a must at a Thanksgiving celebration due to their history. Mostly served with gravy, they are a mouthwatering treat that has people going back to the kitchen for seconds. I like mine served with a family recipe that has been passed down from generation to generation known as the Dirr gravy.

If you looked up fall season in the dictionary, you would see a picture of a pumpkin pie next to it. This savory desert epitomizes what fall time is all about. It is a creamy, warm pie that has a seasonal taste to it. It has a hint of cinnamon and pumpkin this is very appetizing. No doubt this desert has people screaming for more.

This mixture of goodies is a classic side dish eaten by many during the season.

“Stuffing is not eaten year round,” said Elder teacher Sean Tierney, when asked why stuffing is his favorite Thanksgiving food. “I mean you eat a turkey sandwich for lunch, some corn or mashed potatoes with a meal, but you don’t really eat stuffing that much.”

Stuffing is a mix of dried bread crumbs, onions, celery, and a bunch of spices added to make it taste yummy. You can either eat it on the side or have it “stuffed” inside your turkey to give your turkey a little kick. This delectable dish definitely earns its spot in the top two.

This classic has been found in almost all American homes during the glorious feast. I asked Senior Alex Singler about how busy Humbert’s Meat gets during the holiday.

“We get lines out the door,” said Alex, who has been currently working at Humberts for over a year now.

Alex told me that turkey is the top seller during the holidays. This delicious bird can have either light or dark meat and is usually served with gravy. Personally, I like my turkey with white meat and served with gravy. With turkey being almost singulary associated with Thanksgiving, I would have to give it the number one spot.