Fight till the end 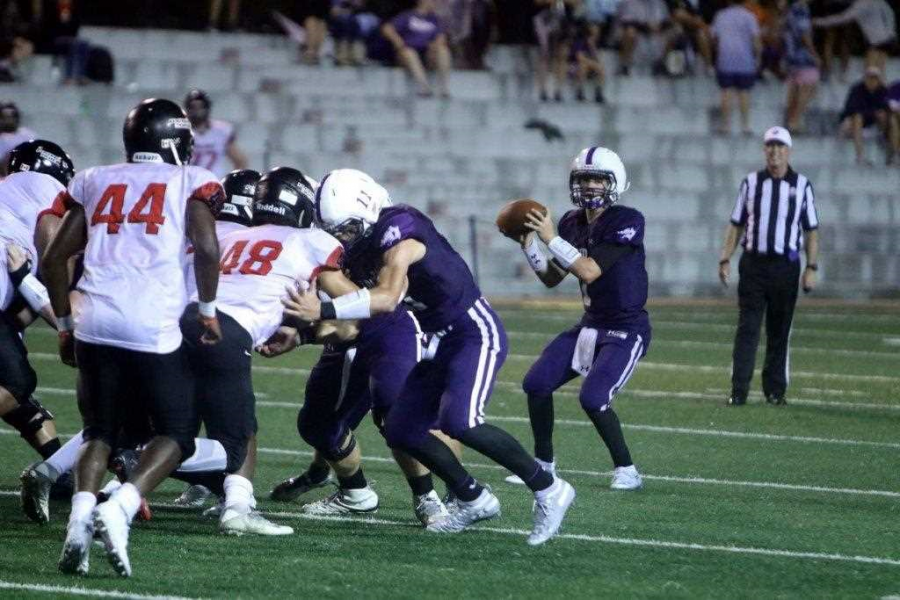 The 2018 football season is upon us and I’m pretty sure just about every Elder student, athlete and fan is excited for this season’s squad. Elder, as a part of the GCL south, is always in for many tough battles with a lot of capable opponents. Here we will look at the GCL south games along with a lot of the opponents Elder will face this year on the turf.

The tough schedule this year will have Elder in a dog fight for every win. Whether it’s raining, snowing, or blistering hot we know the Panthers will be ready to take on everyone who steps on the field with them.

Along with the schedule being tough it is fantastic that Elder has seven games in the pit this year. Two of them have already been played with wins over Gahanna Lincoln and Football North.

Down the road on the schedule, are tough games with St. Edward and St. Ignatius. Elder will then have a tough stretch of games with St. X, Moeller, and Winton Woods right behind them.

This season’s schedule looks to be one the Panthers can overcome and then make a run in the playoffs. The Panthers should be able to hold their own throughout this battle of a season. I don’t think it would surprise anyone if we ended with only two losses or even if we go undefeated.

The players on the 2018 roster are nothing short of amazing.

But let’s not forget the massive O-line the Panthers sport this season with players like Ginn, James, Kandra, and Finley along with others who are a positive force in the Panther’s offense.

Spencer Bono, a force on the defense and committed to Boston College, is a player that no one wants to go against. Jake Hofmeyer is a linebacker for the Panthers who can always be recognized by the number thirty-three going crazy on the sidelines and field when a big hit or great tackle is made.

There is no lack of talent on this team and it is a given that no matter what the score is we will see the Panthers giving one hundred percent every single game.

When I asked Coach Ramsey if he thinks this could be the hardest schedule they have had in the last couple years he said, “It could be. I thought last year was tough but then we exchange Cathedral and Football North for Oak Hills and Lakota West. The Canadian team was way more talented than people expected.”

I think a lot of people were wondering about how good this team is this year. Coach Ramsey respond, “I’ve told this team all along they can be very good. Because every week is such a challenge we have to be on our game both physically and mentally each game. If we can do that we have a chance to have a good record.”

ot of the players that are well known are the ones being praised by students and fans but when I asked him on offense who were the guys that really make the biggest difference? Coach said, “I think all the guys that block. The five o-linemen and Ben Mulaney. I really think those guys are the keys to our success.”

“On defense some stand out players would be Jake Volkerding and Kyle Klingenbeck have played well on the d-line. Zach Bischoff has played well and Eric Beck has had an outstanding start to the season.”

I think we all are excited for this season to keep rolling on and watch the Panthers stack up some more wins.