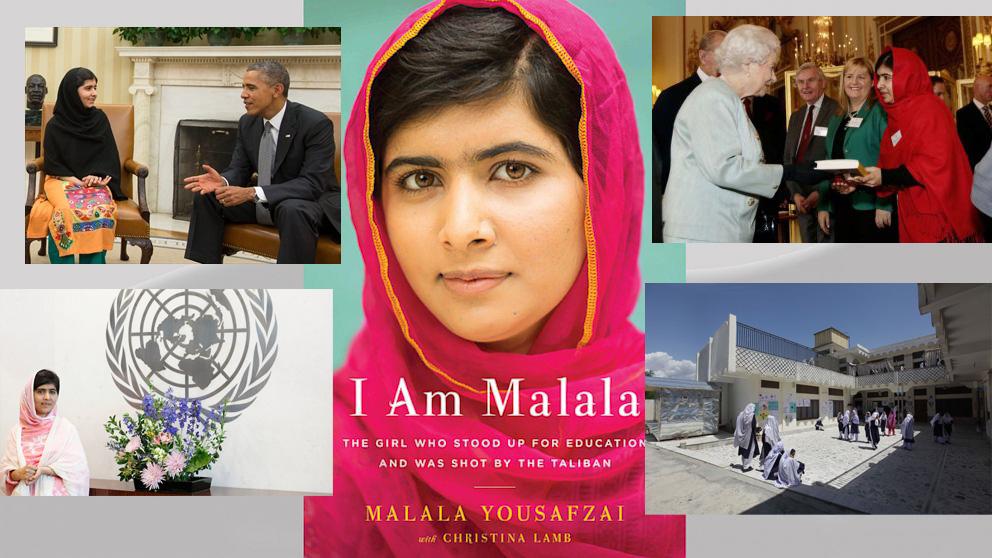 Can you imagine feeling so strongly about education that you were willing to risk being assassinated by the Taliban for equality?

Well, before Malala was old enough to drive she answered that question with a resounding yes. She grew up in a small mountainous town named Swat in Pakistan. Education was valued greatly in her family and community, being one of the first towns with schools for both boys and girls.

She has two younger brothers who also attend school; as men in Pakistan they can be just about anything they want, but this was not the case for Malala.

“For my brothers it was easy to think about the future, they can be anything they want. But for me it was hard and for that reason I wanted to become educated and empower myself with knowledge,” said Malala.

It was her goal of education that was threatened after anti-western sentiment flushed into the region and the Taliban came into power in the years after 9/11. It was in 2008 that things changed drastically. Mullah Fazlullah, the Taliban leader in the region issued a proclamation that all females must stop going to school or the schools would suffer.

Her father Ziauddin Yousafzai, and another school leader Ahmad Shah asked the local army leader if they could protect the schools and children, and they responded with a yes. Reporters around the world heard about the story and went and asked if there were any students who would have a good perspective on the issue. The reply was one word, “Malala”.

The result was a blog called the “Diary of a Pakistani Schoolgirl”, run by the BBC. Malala also spoke out openly in the public on education equality.

Suddenly her father, Ziauddin Yousafzai, became a security risk, receiving threats from the Taliban and others in the community.  The thought of the Taliban going after her was not much of a concern, they didn’t imagine the Taliban would stoop so low as to go after a child, but they were wrong.

It was a normal October day and a normal teenage girl walked out of school onto the bus, the only thing on her mind was the exams she would be taking the next day.

As she passed a cricket field two young men, stopped the bus just pass a clearing. As the bus came to a stop they asked the question everyone had feared “Who is Malala?” everyone instinctively looked over at Malala, and the two men opened fire.

A bullet had hit Malala in the front of the head and she was now unconscious. The bus driver, having no idea what to do, just sat there for over ten minutes until people who had heard the shots came running.

Malala’s father heard the news and immediately ran to the hospital. As he entered the hospital he noticed an unrecognizable girl covered in blood on a stretcher, it was Malala.

“When I looked towards her face I just bowed down, I kissed her on the forehead, her nose and cheeks. And then I said, ‘you’re my proud daughter. I am proud of you,” said Yousafzai.

She was sent to a Pakistani military hospital, and eventually to Britain for more surgeries. She was shot above her left eye brow and it travelled all the way down her neck and into her back.

Back in Pakistan there was outrage in Swat, not only at the Taliban, but at the Government as well as it was their duty to protect her.

“It gave me a lot of courage and strength [a sense] that enough is enough, now is the time to speak against the enemies of education. If they can target a little girl like Malala, they can target anyone,” said TV presenter Hamid Mir.

After her recovery on July 12, her 16th birthday, Malala addressed the United Nations assembly in their headquarters in New York for a specially convened youth assembly. This time instead of a small blog, her words would be broadcast around the world.

“When I looked at 400 youth and people from more than 100 countries… I said that I am not only talking to people of America and the other countries, I am talking to every person in the world,” she said.

From there she would talked to many of the world’s greatest leaders. She flew back to the United States in October to talk to President Obama on youth education. Again on October 18 while back in the United Kingdom, where she lives now, she met H.M. Queen Elizabeth II at Buckingham Palace at a reception the Queen was holding on commonwealth youth education.

“I hope that we will work together for the education of every child,” said Malala to the Queen during the reception. Though she skipped a day of school to meet Her Majesty, she joked saying her teacher would understand.

She also met the Queen’s husband Prince Philip, a known joker, who joked that the only reason kids go to school in the U.K. is because “their parents don’t want them in the house.”

We, in the developed world, take the value of education for granted. Children in more underdeveloped lands strive to learn or just aren’t given the opportunity.

We straggle into school every morning not noticing how lucky we are to live in a country which values education. We should all push ourselves more each day with the knowledge that we are blessed.