How Alfa Romeos have made car business' more unique 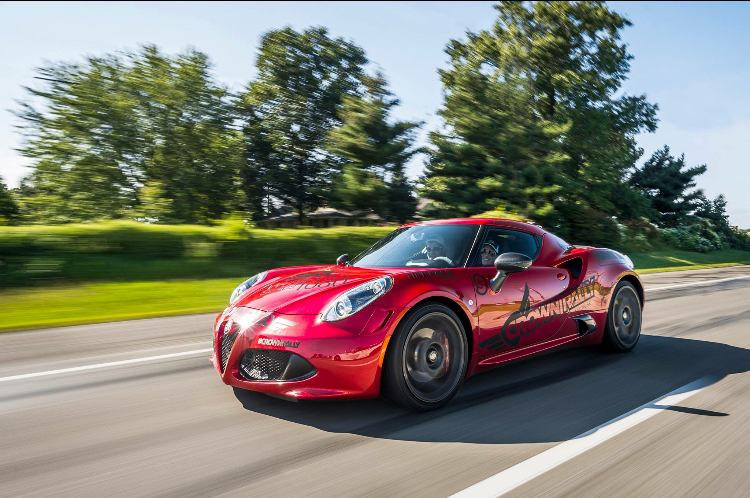 The Alfa Romeo business started on June 24th, 1910 in Milan, Italy. It was started by Nicola Romeo who was a successful electrical engineer from Naples, Italy.

I decided to ask my Dad some questions about the Alfa Romeo business since he bought an Alfa Romeo a couple years ago. The first question I asked my Dad was how he got interested in buying an Alfa Romeo?

He said, “In 2003, my good friend, Pat Hart’s friend had a 2003 Alfa Romeo Spider and it sparked my interest after getting to drive it. I wanted something that could possibly hold its value.”

What kind of Alfa Romeo did he want to buy the most?

My Dad says that the car he wanted the most was the car he ended up buying, which is an Alfa Romeo 4c Launch Edition Coupe. One of the reasons why he bought this kind of Alfa is because of how rare the car was. He said that only 100 U.S.  car dealerships were allowed to sell his car. Also, only 500 Alfa Romeo 4c’s were launched in the U.S. in 2015. They called these 500 cars the launch editions. They also plated these Alfa cars and numbered them. My Dad has the 440th Alfa Romeo 4c Launch Edition Coupe.

I also asked if he would you be interested in buying another type of Alfa Romeo? He said, “Yes, because of the history and the brand has always been known for making high quality cars.”

If he ever gets the chance to buy another Alfa car he said he would buy the Alfa Giulia Quadrifoglio. His reason for this is because it is faster and it is a four-door sedan that has four seats which is more room than his current Alfa, which only has two seats.

The most recent Alfa Romeo released is the Giulia Quadrifoglio (QV.) This car is unique because it has a four-leaf clover on it signifying ‘Good Luck!’ in racing.  Quadrifoglio also means four-leaf clover in Italian. The Alfa QV can go from 0-60 mph in 3.5 sec. It has a V6, twin turbo Ferrari engine and the car sells for approximately $73,700.

Alfa Romeo is known, not only for the uniqueness of the cars Italian design, but also for the greatness of Enzo Ferarri’s pioneering of the Italian racing engine. Alfa utilizes these compliments to their benefit, and to the benefit of the people who buy their product, by only producing a limited number of cars for each model.  Car enthusiasts have found that all three of these components lend to a brand and a car that steadily increases and holds value over time.  This is why the Alfa Romeo brand will also be known, the world over, as money well spent.