Roku isn't your father's way of watching, it's the future. 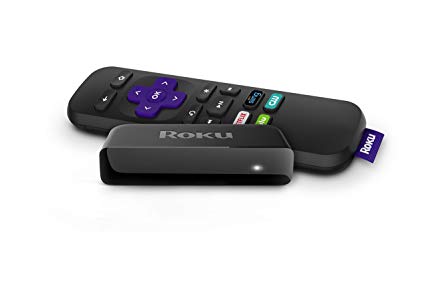 the roku has changed how people watch TV. it isn't your father's way of watching TV it is the future of it.

TV has certainly changed over the past 50 years.

First people were introduced with this newfangled device called a television. Then the TV modernized to being “flat”. Now today, the TV is becoming almost obsolete.

The Roku streaming device is one of these things that is changing the way we watch television. It is simply a device you can plug into your TV and you have the power to watch anything.

The device features an array of applications that allows the user to watch anything from Netflix, Hulu, YouTube, and spectrum TV (if you have an active account with the company).

Watching TV isn’t really the only thing that you can do on the Roku, it features the ability to personalize it to your liking.

I was amazed when I first bought my Roku, I did not know what to expect other than it was a substitute rather than having a cable modem hooked up in my room.

This device allows flexibility whenever I don’t want to watch TV in the family room I can go upstairs and watch anything.

I mainly watch Spectrum TV on my Roku, which is better than having all the mess of wires and having the technician hook up a digital adapter.

Another app that I frequent on the streamer is YouTube. I was really accustomed to watching it on my PlayStation 4. There isn’t really much of a difference between watching it on a PS4 or on a Roku.

The defining facet that Roku’s really have is the amount of apps it contains. The selection is really amazing. Netflix, Hulu, YouTube and many other are on the Roku.

It is unfortunate that I don’t have many accounts on some of the apps like Hulu or Netflix. What I can say is that what I use I really enjoy. The Spectrum TV app is simple and straightforward.

I use this app for watching TV on my streaming device. The thing that really blows my mind is that you can watch so many shows and movies on demand. I usually watch Family Guy whenever I watch TV on the app.

YouTube on the other hand is different I watch different sorts of videos. Sometimes I watch MLB highlights, Guys playing MLB 18 the show or I might venture outside of that and watch the angry video game nerd.

To be honest the Roku may be the best streaming device on the market. You can pretty much by it at any store that sells streaming equipment.

I bought mine during the summer for only 30$ at Walmart but, I thought that I would have to pay even more.

My overall grade for this streaming device is 10/10 it has great playback quality, it was easy and painless to install and setup and there are many different customizations to use for it. I recommend if people are looking for a excellent quality streamer buy the Roku.