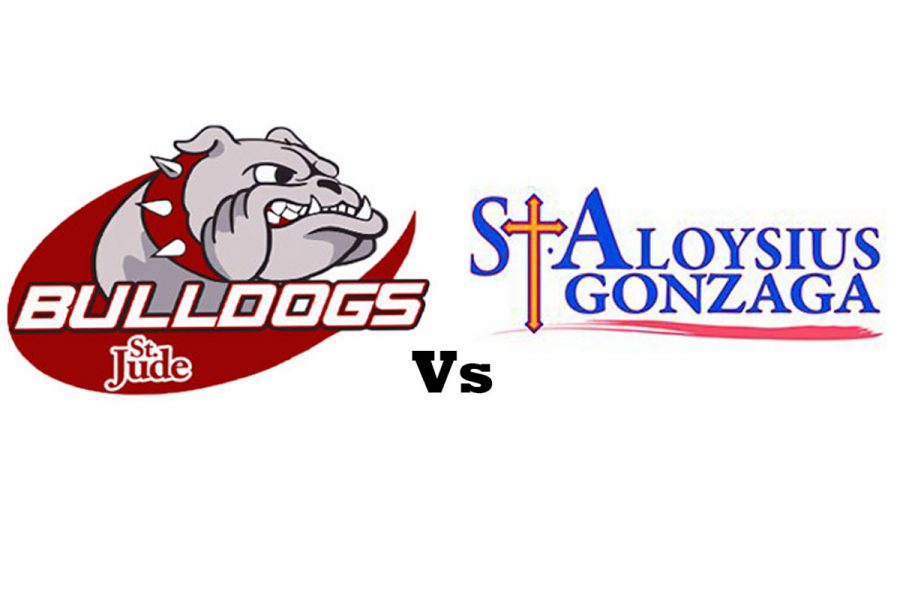 I am here tell you about best rivalry in CYO history.

Both schools reside on Bridgetown Road.

These two schools are St. Jude and St Al’s Bridgetown.

What makes this rivalry so special is that a lot of the kids grew up playing football together for St. Jude. Another reason the battle of Bridgetown is great is because in most CYO games people mess around most of the time. But in this contest, both sides have such respect for each other that everyone goes hard because they know they will have to hear about for the next 364 days till they play again.

Not many CYO rivalries can say that they play for a trophy, but in this game,  Jonathan Paff, Alex Hetrick and I made a trophy. We tried to make it look like a Bridgetown street sign and the winner gets to keep the sign until the they play again.

Jonathan Paff said, “The proximity of the schools has played a huge role in why these schools hate each other.” I think this is true because last year St Al’s knew they could not beat Jude with their normal kids so they added kids from Oak Hills. Adding these players definitely kept the game whole a lot closer than it was in 2016 when Jude crushed St Al’s. The Bulldogs still came out victorious.

Some stand out players that will play a huge role in this year’s game for the Bulldogs is Alex “big al” Hetrick. He is a modern day big that can shoot the three and bang down low. A stud for St Al’s that almost lead the comeback last year was Michael Witt. I was not expecting this kid to be good but he had the most points in the game and was a sharpshooter.

A big loss for the Bulldogs this year is the emerging star from last season, Jason Townsly. The kid is a stat sheet stuffer. He can do it all from banging down to shooting to blocking shots. After Jude lost to Victory last year, he railed the team. After we were down, he got us back on track to make the playoffs.

Regarding this season, Paff predicts, “I think it will be close at first and then Jude will pull ahead for a big win.” Breann Maxwell said,” The team’s chemistry is unbelievable this year and will dominate everyone on the schedule including St Jude.’’

If you have been looking for a CYO game to attend this year, look no further than the battle of Bridgetown.