The spirit of Elder 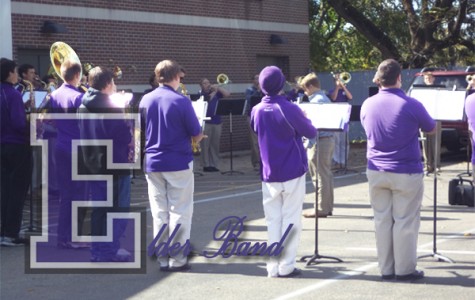 The spirit of Elder lives in the Elder Band.

The Spirit of Elder also known as the Elder Band is a huge part of the school. I decided to take a deeper look into what makes the band such a cool thing to be a part of and why senior Daniel Rottenberger loves the band so much.

Elder band can always be caught performing at half time during Elder football games and can always be heard rehearsing in seventh period in the music room. When I asked Daniel when the band starts and what are 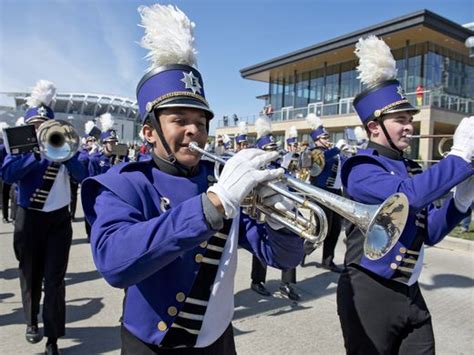 some cool things they do throughout the year he said, “We start every year about the second week of July. From there, we spend close to every day with each other. We play a lot of games to get to know each other. We review how to march while teaching the rookies how the process works. We go to band camp at NKU and spend five days with each other to learn the show that you all get to see during half time at Elder football games. We perform at band festivals and mini concerts at Sticker’s Grove.

Parades, for a lack of better words, are everyone’s least favorite thing to do. However, seeing the reaction of the Panther crowd is always the best, no matter where we are. Then we switch over to concert band. (I’m) Not going to lie, the start of concert band is always rough due to things like parades and if the football team makes the playoffs. We seem to manage the first of our concerts, that being the Christmas Concert, fairly well.”

With hearing all that they do it really does make you gain a new respect for the band. I think it is amazing that they go to band camp together for five days to get to know each other. Not many teams, clubs, and organizations do that.

I proceeded to ask Daniel when he started band and why it was so great for him. He said, “When I was in the fourth grade at Holy Family, my mom asked if I wanted to be in the Elder/Seton Grade School Band. Seeing that my oldest sister was in the Elder Band at the time, I wanted to do it. I played trumpet for four years there. My mom then told me I had to do marching band for my freshman year. If I didn’t like it, I wouldn’t have to do it again. Looking back to that year, that year was one of my favorite years at Elder. Everyone was talkative, funny, and welcoming to the other rookies and myself. I looked up to those older members. They taught me everything I know about the band.

My sophomore year, I decided to change things up and learn how to play a mellophone (If you’re not sure what that is, think of it as a marching French horn that looks like a really big trumpet). I love playing that instrument. It’s just the perfect, middle range instrument.

Mr. Steve Geis, former band director, told me that I sound a lot better playing the mellophone than the trumpet. I asked, “Are you complimenting me or insulting me?” We both had a good laugh at that one.

He told me I should try out French horn. I thought about it for a while, but I was too late. I decided to try for it junior year. In the first year of playing the French horn, I was invited by Mr. Anderson, current band director, along with other Elder Band members to participate in the 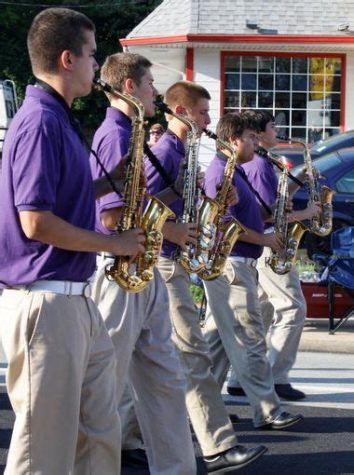 Southwest Ohio Catholic Honor Band along with other high school students. I quickly learned that I was the ONLY FRENCH HORN PLAYER in that band.

My nerves were shaking. I was never my own section until then. But it was a lot of fun. I got to meet other students from other schools, got a free private lesson, and performed the concert at Xavier University. It was a blast. This year being my last year in the Elder Band, I found a passion with this band and with music. I plan to take it with me wherever I may go.”

No matter your opinion on the band not enough people hear how it has affected its members and obviously it has changed people for the better and never for the worst. People always say Elder focuses too much on sports but I can happily say I disagree if you ask any Band, Glee club, or any club I think they will all say that Elder is way more than just sports.

My last question for Daniel was why the bad is so special and he said, “ This band isn’t just a band. It’s a family. When you spend countless hours with some of the best friends you will ever have, you see them as more than a classmate. We are a family. Once you enter into the Elder Band, you are a part of that family for life.”