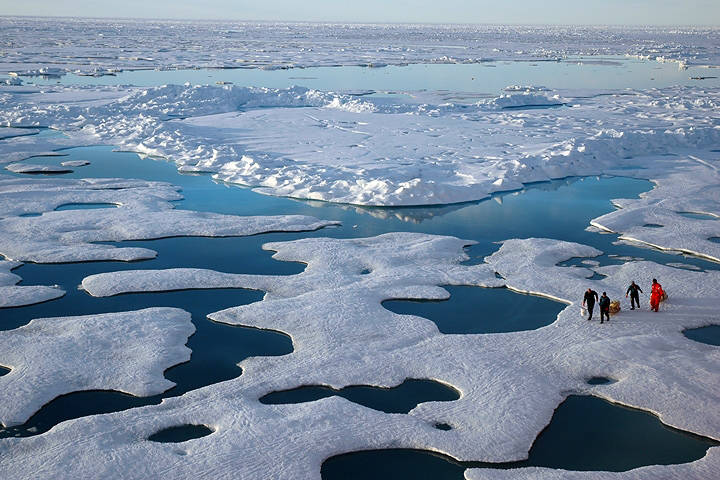 ice melting due to a rise in temperature.

Although the Earth’s climate has changed throughout its long history, there is now a new cause for the change: human activity. Earth’s climate is changing at an alarming rate, and the evidence of human responsibility is both abundant and undeniable.

The global-warming trend, although some believe it to be a hoax, has a “greater than 95 percent probability to be the result of human activity since the mid-20th century and proceeding at a rate that is unprecedented over decades to millennia,” according to NASA. The oceans, too, have recently increased in average temperature.

Along with the rise in the ocean’s temperatures, the climate change trend will result in a heightened sea-level and hurricanes that will increase in both number and severity.

In addition, climate change will eventually result in more intense heat-waves and longer droughts due to “changes in precipitation patterns.” These changes in precipitation will also cause flooding to become more common and more devastating. Also, tragic wild fires, like the California “campfire” that destroyed 12,000 houses and took the lives of over 80 people, will become more common.

The Earth is also experiencing reduced snow cover and the melting of glaciers in many areas.

The issue of climate change has become even more relevant as the United Nations recently released its fifth climate change report, and a section of this report consists of the Paris Agreement.

The Paris Agreement’s central aim, according to the United Nations, “is to strengthen the global response to the threat of climate change by keeping the global temperature rise this century well below 2 degrees Celsius above pre-industrial levels and to pursue efforts to limit the temperature increase even further to 1.5 degrees Celsius.”

In addition to attempting to prevent a further rise in global temperatures, scientists are also trying to slow the depletion of the ozone layer, which is “the region of Earth’s stratosphere that absorbs most of the Sun’s ultraviolet radiation” and protects us from harmful sun rays. The ozone layer layer, though, is making a recovery and “scientists credit the recovery to the phasing out of chemicals used in refrigerators, air conditioners and aerosol cans in the 1980s,” according to the Washignton Post.

Climate change has been and will continue to be a legitimate, growing issue in the world that will require a unified effort from all areas of the world to combat.