The preview for this year's top 5 Riverbend concerts 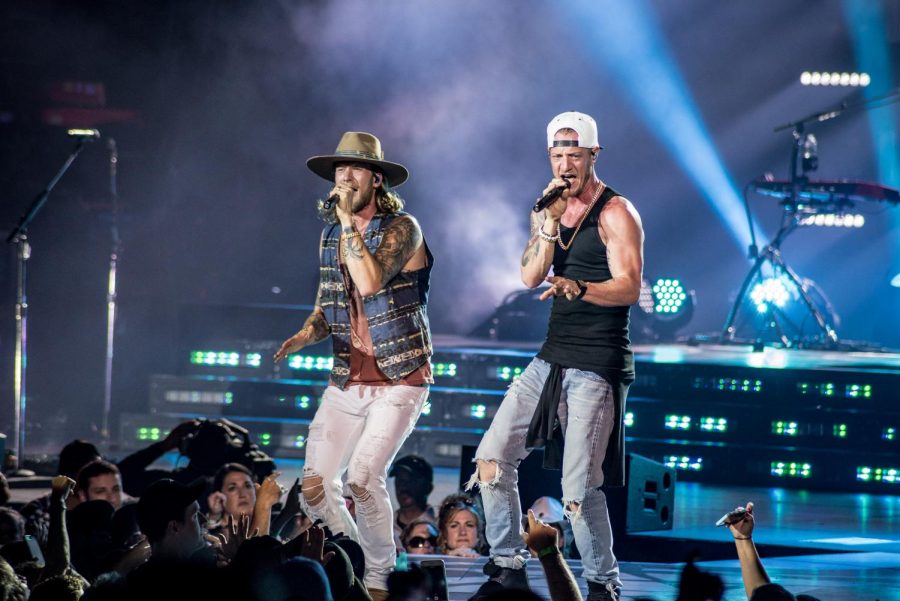 FGL live in Nashville (by Andrew Wendowski/Sounds Like Nashville)

This is a listing of the top five concerts this year at Riverbend (in reverse order).
5. Train (feat. Goo Goo Dolls)
July 24th

Steve Seger’s birthday bash. Steve said, “The night will be electric.” Even despite the possible low attendance, tickets will be cheap and who doesn’t like “Hey, Soul Sister.”
4. Jimmy Buffett
July 18th

I’m almost certain every dad loves the Buffett. Despite Jimmy’s old age and recent history, he’s still an enjoyment to watch and listen to on the stage. His beachy, island vibes are something everyone will want to get a piece of this summer. So come join Jimmy as he’ll take you for a trip to “Margaritaville.”

A man of countless hits. Aldean’s repertoire consists of many different vocals and rhythms to gain the support and enjoyment of his crowd. His country boy nature is something that’ll for sure bring a nice setting to the August evening skyline. With songs like “Dirt Road Anthem” and “My Kinda Party,” he’ll be sure to bring the inner cowboy out from inside y’all. In addition, the up and coming star, Kane Brown, is coming with Jason for his night in town as he’ll look to add a spice of pop and youth to the late night crowd.
2. Thomas Rhett (feat. Dustin Lynch & Russell Dickerson)
August 9th

How can you hate Thomas Rhett you ask? Well, you can’t. The 28 year old is one who has taken the music world by surprise. His slow, thoughtful hit “Die A Happy Man” single-handily took him to the top in 2015. In his first trip to Riverbend, Rhett will look to show off new hits such as “Sixteen” and of course his infamous “Life Changes.” Rhett’s down to earth mentality certainly gives the people what they want to hear and what they enjoy hearing. Missing out on this concert will certainly leave you feeling left out.
1. Florida Georgia Line (feat. Dan + Shay)
August 1st

The blockbuster event of the summer. Filling in for Kenny Chesney’s bash from last year, FGL will certainly look to one up Mr. Chesney. FGL’s hit list goes unmatched, including chart toppers such as “Cruse,” “This Is How We Roll,” and “Sun Daze.” Known for their chill beats and country twang, the boys will be bringing the heat when they arrive in Cincy. I asked fellow country music lover Mike Newsom about the upcoming August night. He mentioned, “the Line will be bringing it at the Bend.” Joining them will be the another well known duo – Dan + Shay; known for their slow and catchy “Speechless.” You don’t want to miss the concert everyone will be talking about.