Panthers off to CYO state tournament 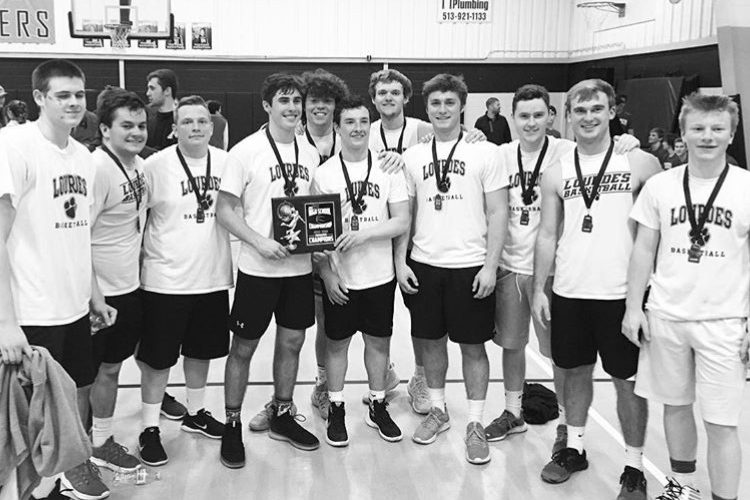 With the CYO city tournament officially coming to an end, excitement awaits as some of our very own head off to prove their stripes in the annual state tournament.

This year’s city bracket was a tough road to travel to say the least. St. Antoninus took the number one seed, going 8-1 in the regular season, solidifying a spot up in Cleveland. Unfortunately, or fortunately (however you want to look at it), the St. Jude Bulldogs found themselves on the losing side of things after being defeated by Our Lady of Lourdes in the first round.

“We definitely played the best senior team in the first round, so we got a bad draw,” stated Jude participant, Mason Berger ’20. The excuses just keep on comin’ from the Dogs. Anyway, let’s move on.

The preseason projected #1 Victory Vipers found themselves seeded as a six seed, playing Ignatius in the first round. Despite this, they did not seem fazed as they were victorious, making it all the way to the championship game.

With a trip to Cleveland on the line, the OLL Tigers and the OLV Vipers squared off in a bloodbath in the old “tin can” off Neeb Road. To see just how the game went, I asked some of the players to paint the picture in their own words.

“You know that kid named Joey Ward? Yeah probably not, but somehow he knew how to shoot a basketball and it went in leaving us all in shock. Therefore, we couldn’t concentrate or see straight, causing us to miss just about every shot that we took. Ronnie “Box” Wainscott also hit a few shots, leaving us all in disbelief.”

“Ya know, we’re just full of gritty players. We may not be the most skilled team, but at the end of the day we leave it all on the court. That showed in the championship game. It was a good win, but we aren’t done yet.” Brody also ended by saying, “I feel bad for “Ched” (Chase Rice) considering he shot the ball eight times at the end of the game and didn’t make a single one.”

It’s clear to see who the winner of this game was, but the effort put out was nothing short of approving as both teams didn’t even recall the score of the game.

That being said, Antoninus and Lourdes are looking to make big runs as they prepare to take on some hefty competition up north.

Curious to know how dedicated these guys are to bringing a trophy back home to Cincinnati, I caught up with seniors Kevin Bengel and Zac Rudemiller of St. Antoninus.

“The expectations are not high, that’s for sure. We just wanted to get there and now that we have, we are just going to play every game the same way and see if we can make a little run,” said Bengel.

Rudemiller added, “Well I’m kind of 50/50. I’ve heard there are a lot of good teams up at state. However, we’re going to grind at practice for the next couple of weeks and we’ll be ready to bring home that state title.”

Rumor has it that one of the teams up in Cleveland has a few D1 football commits, however; it takes nothing more than a bunch of tight knit west side boys to pull off a “Cinderella story”.

Good luck, and bring that state trophy home where it belongs.