“My body is strong, but my soul is stronger” 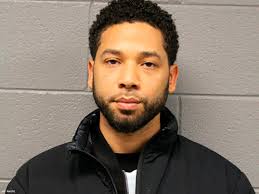 On a late, bone chilling cold January night in Chicago, Jussie Smollett reported that he was attacked.

He said was on his way home from Subway.  He claimed to hear someone yell, “Hey empire, this is MAGA country” and a multitude of other, racist, homophobic, and political slurs.

Reportedly, a fight ensued, a noose was tied around his neck, and bleach was poured on him.  Then the attackers fled.  He claimed that his attackers were angry white males.

In an interview on ABC news with Robin Roberts, Jussie told his story, through tears and sadness.  He spoke about his damaged pride, disappointment in the state of America, and confessed that he was speaking with the utmost truth and courage.

He thanked those that supported him and expressed deep frustration with those who doubted him.  Jussie spoke about having a fear that, “Mongols are trying to separate us.” This is a comment that is believed to be directed toward President Trump.  He asked for America to support victims who are brave enough to come forward.

Also he confidently believed he was targeted because he, “come really hard against 45 and his administration”.  Jussie confessed that he would forever be changed.  His interview was believable and many took to social media to express their disgust in the country under the leadership of Donald Trump.

CBS news, Dean Reynolds reported that Jussie released a statement to fans saying, “My body is strong, but my soul is stronger.” It was an inspiring message from someone who had suffered a physical and emotional attack.  He also said that “he was 100% factual and consistent on every level”.  He “still believed that justice would be served” despite his concern with inaccuracies and misrepresentations that had been spread.

No evidence of the attack could be found.  His story began to be questioned.  Some even called him a liar and a fraud.  Police superintendent, Eddie Johnson, stated that Smollett was a victim and would be treated like a victim.  Queen Latifah, Kamala Harris, John Legend and other celebrities weighed in on Jussie’s case. They supported him and ridiculed anyone who questioned his accuracy.

As the investigation continued, there appeared to be many holes in Smollett’s story.  Many began to wonder if it was a hate crime or a hoax.  The two brothers (Able & Ola) who were arrested for the attack ended up being Nigerian Americans, who told investigators that the actor paid them to stage the attack.

Between January 29th and February 20th, Smollett went from victim to being indicted on charges of disorderly conduct and filing a false police report; a felony carrying potential sentence of up to three years in prison and fines.

This transition from assault victim to suspect shocked the nation, even those that dismissed his claims early.  CPD Superintendent, Eddie Johnson told reporters that Smollett staged the attack to look like a hate crime in order to “take advantage of the pain and anger of racism to promote his career”.

Johnson, also an African American male, questioned “how an individual that was embraced by the city of Chicago, turn around and slap everyone in this city in the face”.  Johnson emotionally pleaded for the families of gun violence to receive the attention that this false hate crime received.

With sadness in his eyes he was baffled that any African American could use the symbol of a noose to make false accusations.  He could not wrap his head around how someone could see the hatred and suffering associated with that symbol and see an opportunity to manipulate that symbol to further his own agenda.

Johnson said, “Bogus police reports cause real harm.  They do harm to every legitimate victim who is in need of support by police and investigators as well as the citizens of the city.”  He was personally offended and angry by Smollett’s phony attack.  The detectives of the Chicago police department spent hours reviewing video evidence, investigating claims, analyzing leads, and uncovering the truth.

Smollett used his acting abilities to fool the country during his interview with Robin Roberts.  After the facts of the investigation came out she released a statement that read; “It’s a setback for race relations, homophobia, MAGA supporters – the fingers were pointed at them”. She continued, “I cannot think of another case where there’s this anger on so many sides, and you can understand why there would be.”

Where do we go from here?  Will it be more difficult to believe victims preventing true victims from stepping forward? Or will our country come together and stand up against those who try to divide us, like Jussie Smollett.  Will the self-proclaimed prayer warriors pray for this troubled man or just crucify him and his tactics?

Unfortunately, people concocting stories and performing hoax has become somewhat of a norm.  The Covington Catholic teen, Judge Kavanaugh and many more are the true victims behind these false narratives. How much more of this will America tolerate?