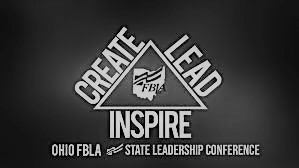 This competition consisted of different schools competing in multiple workshops to see who will advance onto the national competition in San Antonio Texas.

Members including John Cummings, Michael Schenkel, Chris Finn, Max Middendorf, Justin Bley, and myself stayed overnight for two nights in the Marriott located on OSU’s campus. During this time we prepared for our presentations which we were to give to the board of FBLA. Events such as a spelling bee and trivia were given. Elder placed third overall in the trivia competition with John Cummings, Michael Schenkel, and Max Middendorf giving an outstanding performance. I along with Michael Schenkel fell short in the spelling bee struggling with one word.

This however, didn’t faze us going into our competition with the topic “Gift giving within a business”. Chris Michael, and I presented what we had to say to the judges and placed seventh out of 7 in state. We needed to work out a few knots but next year’s FBLA members will know what to expect going into the competition more than we did.

One other competition that took place at this time was John and Justin giving a presentation on a company that they came up with themselves. Their company included a carwash called “The Purple Way”. They finished first in the state of Ohio advancing to the national competition in July. They are unable to attend the competition this summer but did enjoy this workshop and the hard work it took to get where they are. Max Middendorf also competed in a workshop and performed very well on his own with little help from anyone.

Each student also had to take a series of tests that showed their intelligence in certain topics of business. Senior Justin Bley scored fourth in the State in Insurance & Risk management. Elder also scored eighth in journalism, tenth in accounting, ninth in agribusiness, fifth in Business ethics and first in accounting 2! After receiving awards at the ceremony to finish off the competition, a lunch was served to each school. Elder finished this competition proud of what they accomplished knowing that Elder was represented in a positive fashion.

During our free time on this trip we went out to Dinner at Chipotle on Wednesday and Panda express on Thursday. Most of the trip was spent at Ohio States student union. When not at the student union, members prepared for their presentations in the hotel room and also went to an informal dance. The students also had the opportunity to walk around parts of Ohio states campus.

This was an all-around great trip that I hope many younger students get to experience next year. There are many high school graduates that decide to study in the field of business. This field is getting more and more competitive and by participating in this event, this gives a better understanding of business and what it’s all about.