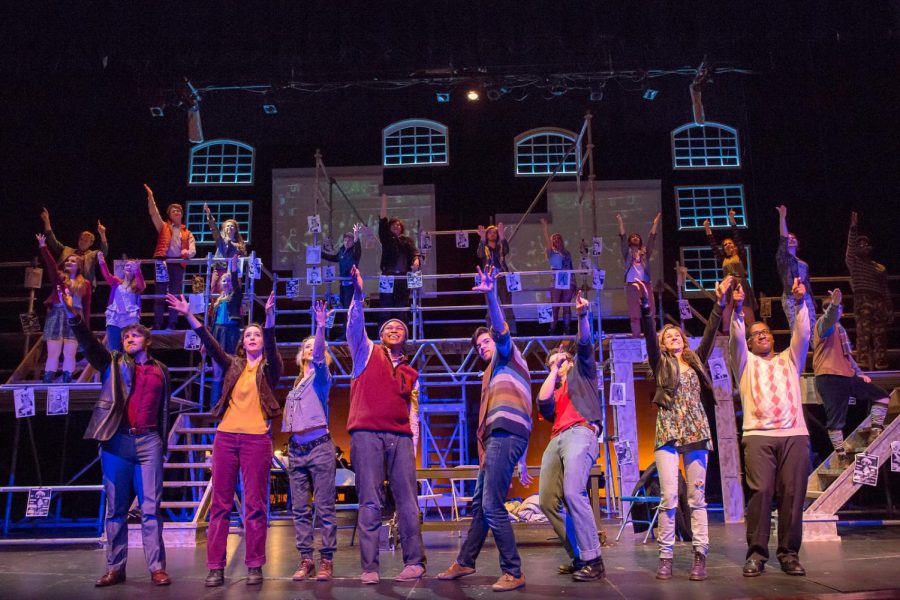 The Music Man takes place this week starting April 10. The musical was written by Meredith Willson. The story involves a con man who acts as a boy’s band organizer and leader to sell band instruments promising he will train new townsfolk in the town he has traveled to. Instead of doing so, his plan is to skip town without training anyone. One of the piano teachers sees through this man but slowly falls in love with him. You’ll have to wait to see what happens after this on April 10, 12, 13, or 14!

I spoke to one of the lead roles in the play, Zac Martin on what this play meant to him. Zac can’t believe he is finishing up his last huge spring musical. He’s come such a long way from freshman year and hopes to bring his talents to college at Xavier University. When asked what day he thinks his peak performance will be. he responded with “hopefully all days.” Zac did say that one of the most exciting days to preform on is Friday because it’s a start to a great weekend. I plan on attending the musical on Sunday April 14th and plan on seeing Zac along with the other cast members do a fantastic job as they preform.

As mentioned before, Zac plans on attending Xavier next year. His goal is to make a profession out of acting and singing. He wants to make a career out of theater and with the help of Xavier I believe Zac can conquer this goal. Zac and I have talked with a few other guys from Elder and plan on living together our fall semester of Sophomore year. I plan on attending the University of Cincinnati not much further than Xavier. I will be excited to see how Zac improves on his acting career and can’t wait to attend his plays in the future years to come.

I asked Zac how much do people usually make in this profession? Zac said he can make anywhere from very little to millions depending on how famous he will become. The big goal for Zac is to one day preform on the big stage on Broadway. With the school year coming to an end, Zac plans on sticking with singing at school events and enjoying every last minute here at Elder. He has been involved with lots of events here at Elder and says this musical will give him that final “Out with a bang” that he needs.  The dedication that he has to his dream will pay off in the long run. Zac ended our interview by saying that the Elder/Seton musical program has taught him so much about his skills as a musician.