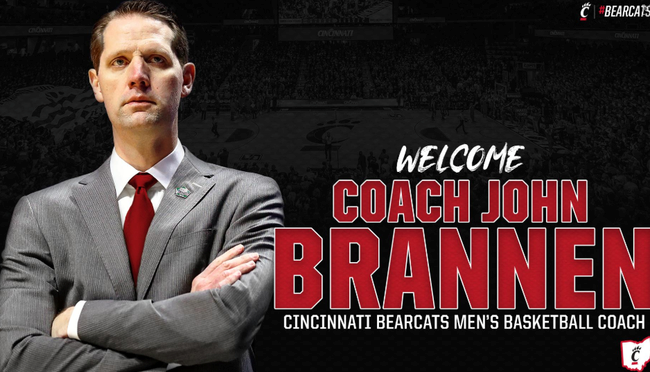 After news broke out last Friday about head coach Mick Cronin leaving for UCLA, the Bearcats have been on a search for a new crew to run the ship for next season.

Just released this Sunday, it was reported that the University of Cincinnati has hired former Northern Kentucky head coach John Brannen to replace the fleeing Cronin.

Brannen, a native of Alexandria and a graduate of Newport Central Catholic, is no stranger to the culture and intensity brought by the people of Cincinnati. As mentioned, he previously served as the head of coach of the NKU Norse for four seasons while helping rebuild a forgotten program. Brannen led the Norse to two NCAA tournament appearances coming in 2017 and 2019. The team finished 26-9 this season while suffering a first round loss to Texas Tech who would later advance to face Virginia in the National Championship.

News was also released late Sunday night that assistant coach of the Bearcats, Darren Savino is expected to join Cronin and the Bruins next season at UCLA. That being said, it will be interesting to see what Cincinnati will do in regards to hiring an assistant coach, whether it be Brannen’s decision or not.

Questions have been spiraling as to whether this was the right choice for the Bearcats, considering the other options they were presented with. Candidates such as South Carolina coach Frank Martin, and former UC Bearcat, Nick Van Exel showed interest. However, after just a few days, Martin decided not to meet with Cincinnati and keep his job after a magical final four run last season with the Gamecocks. It was reported that Van Exel reached out the the University stating that he was interested in the job, however nothing else was released.

The recent hiring of Brannen has created some mixed reviews including former Bearcat great, Kenyon Martin. Martin didn’t shy away when expressing his feelings to the media. 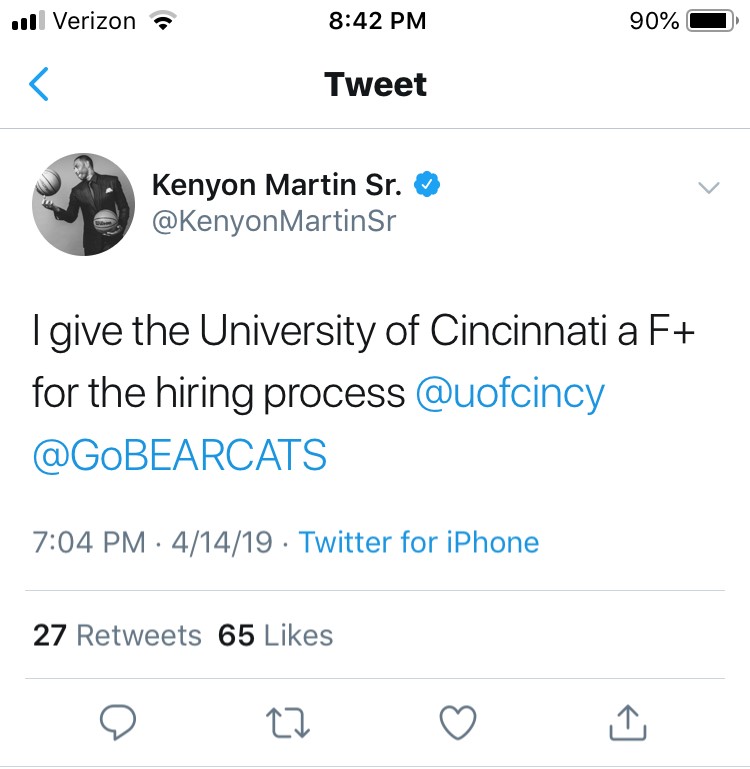 Another Bearcat great, Nick Van Exel also voiced his opinion to the fans and alumni of Cincinnati.

“Good morning tweeps. First I’d like to say congrats to @coachbrannen on becoming our next coach at UC. Everyone has opinions and that’s fine. And everyone is not going to like everyone’s opinions. That’s fine also. The opinions are showing me that everyone has a passion and want the best for the program. Nothing wrong with that. What shouldn’t happen is division. Let’s welcome him and help him succeed for our program and the student athletes. He did a great job at NKU, let’s give him a chance to do a great job at UC. Peace.”

Despite some criticism and hate brought by some of the fans, Van Exel as well as most of the Bearcat community are excited for the process to begin with Brannen in control.

Brannen announced in his opening speech on Monday that they will be playing a fast pace style of basketball as well as the same hard nose Cincinnati defense that the Bearcats have built there program on since its existence.

Excitement awaits as the ‘Cats’ plan to bring in Xenia shooting guard, Samari Curtis who was named Ohio’s Mr. Basketball just this year. However, after the departure of Cronin, controversy whether as to Curtis will remain a Bearcat is still up in the air. He recently tweeted saying, ” I don’t mean to sound rude but once again please don’t ask to interview me about college right now. I’m not answering any questions. Thank you.” Curtis being a potential key factor next season would really hurt the Bearcats if he did decide to rescind his offer.

However, current Oakland University standout Jaevin Cumberland just recently declared he is going to take the route of grad transfer this upcoming season. The 6′-3″ guard and cousin of current Bearcat Jarron Cumberland would be a nice edition providing a powerful threat on the

offensive end. Cumberland averaged 17.2 points per game this season at Oakland and has made a name for himself around the NCAA.

With the Bearcats only losing two seniors this year in Cane Broome and Justin Jennifer, they will look to make a push next season with their veteran experience under new head coach John Brennan.