Avengers: Endgame is almost upon us 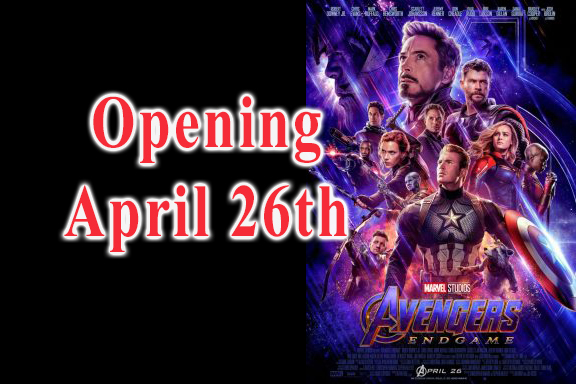 Poster for Avengers: Endgame along with release date.

Avengers: Endgame is the hugely anticipated follow-up to Avengers: Infinity War; it will be the fourth and final chapter in the Marvel Avengers saga. Following the intense, heartbreaking events of Infinity War, the remaining Avengers including Iron Man, Captain America, Black Widow, Hulk, and Hawkeye must find a way to stop Thanos, who holds the key to the destruction of the universe. They might find help from an unlikely ally: Ant-Man. The last film upped the stakes in intensity and violence, so it’s likely that this one will continue the trend. But it won’t be easy to keep kids, teens, and even adults who’ve seen the other Marvel movies away from this epic ending.

As for the overall tone, the report advises audiences to prepare themselves for a very solemn movie, adding, “This isn’t the sort of film that can get going into revenge mode immediately.” This description sounds very much in line with the feeling of post-snap despair suggested in the trailers, but seeing how Endgame’s run time sits just over the three hour mark, there’ll surely be time for some more light-hearted moments. After all, even the film’s promotional footage has managed to get the odd joke in.

Some critics were shown 20 minutes of the film and this was one of their responses: “From the beginning till the end, we were left with 50 variations of feels. It would be incredibly handy to carry along some tissues and get ready for the tear-works! Watching our beloved superheroes like Iron Man and Captain America is sure to leave every MCU (Marvel Cinematic Universe) fan with unexplainable emotions. If this 20-minute footage is anything to go by, we are not ready for what’s to come!”

Regardless, we now have less than two weeks to wait before we can see those 20 minutes of footage for ourselves, along with the other 160 minutes or so of the feature. In the meantime, the movie is currently in the midst of enjoying some ridiculously strong pre-sales, both at home and abroad. No doubt we can expect to see some very generous opening weekend projections in the coming days, before we find out if Avengers: Endgame can live up to all this hype when it comes out on April 26th.

It is going to have a blockbuster movie. It is tracking ahead of almost every other movie, crashing AMC Theaters servers and wrecking Fandango, so you know anticipation is high, but how high is it?

According to The Hollywood Reporter, early tracking for Marvel Studios pegs the opening weekend for Avengers: Endgame somewhere between $200 million and $250 million. That would be a massive top-5 all-time opening. If it came in closer to the high mark, that would make it only the second moving to gross $250 million on a domestic opening weekend.

However, it should be noted that when Avengers: Infinity War was tracked, it was came in around $185 million to $225 million before grossing $257.6 million, the biggest domestic opening of all time. All things even, it sounds as if Avengers: Endgame will top that figure and set a new record.