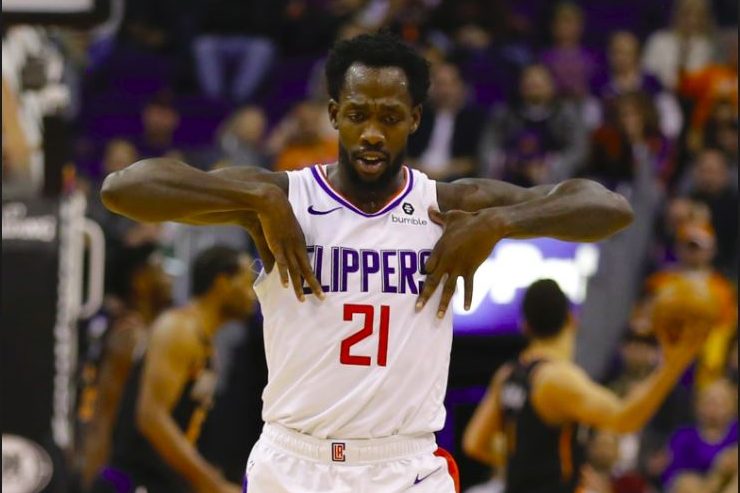 Patrick Beverly is the kind of old school defensive specialist that the NBA sorely misses. 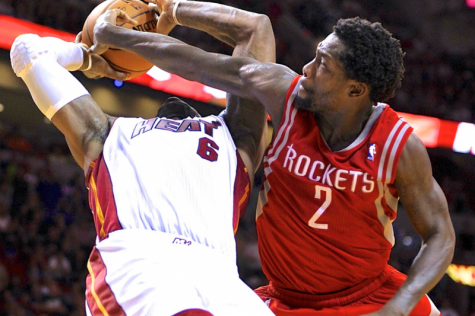 The NBA has a lot to offer in today’s game. They have the highlight plays, the greatest shooters to ever live, and the highest scoring games of all time. However, all that scoring comes at a price. The defense just isn’t there anymore. Teams used to pride themselves on defense back in the 70s, 80s, 90s, and early 00s. It’s what they believed in and how they wanted to win games. Hitting the game winning three-pointer is beautiful ending to a 118-115 victory, but how about blocking a drive in the lane to win in a 95-94 matchup? Those were the games that the NBA used to bring. A lot has changed since those times, and I don’t even necessarily blame the players or the fans. The ones that have become culprit in the softness and lack of defense in the NBA is none other than the refs.

The officiating in the NBA is getting ridiculous. Flopping has become prevalent on almost every shot taken, because every player today feels he is entitled to get free throws after he is “breathed on too hard”. We got guys kicking out their legs, falling to the ground holding their face, and swinging their arms all around God’s country every time they take a shot, just trying to portray a foul. The problem is, the refs give in. They give techs on seemingly every disagreement, they review every freaking play, and almost everything is a flagrant foul. Its garbage at times, I’m not going to lie. However, it’s the offensive efficiency in today’s game that leaves the viewers, including myself, on the edge of our seat.

Few players still hold that defense-first mentality. Yes, players like LeBron James, Kevin Durant, Kawhi Leonard and Paul George rake up their defensive stats, but players like Rudy Gobert, Draymond Green, and Patrick Beverley focus strictly on defense. They are pretty much the only three, which also results in them being the most disliked.  Green and Beverley are hated by every team and every player. However, Beverley leads the pack in terms of being most hated. 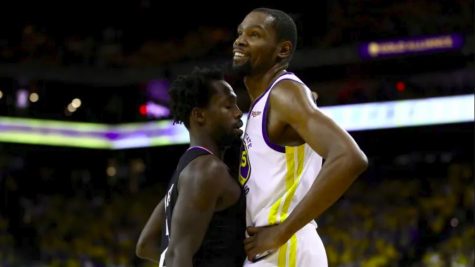 Beverley, who currently plays for the Los Angeles Clippers, is known for his many disputes on the court. He tries his hardest to make the day for the player he is defending, the worst day of his career. He feeds off the anger of the opposing team and the “boos” from the crowd. He is a player you love to hate, but is a fan favorite if he were to be on your team.

The Chicago native got his start in the league from a call by the Houston Rockets back in 2013. For Beverley, that meant only one thing: being an unrelenting gnat on the defensive end. That specialty enabled him to become the starting point guard this season on a team that needed a physical defensive spark. He prides himself on the pressure he can stick on players. Players today hate pressure, and Beverley knows it. He knows that getting under the opponents skin is all part of the game.

Most of you probably know him from two specific events: for running into Russell Westbrook’s knee, resulting in a torn meniscus for Westbrook in the 2013 NBA playoffs. And recently for calling out KD for being soft only to unleash a historical scoring tear by KD in the 2019 playoffs, sending Bev’s team home. Most definitely, Beverley was the reason the 2013 OKC Thunder were not the bid out of the Western Conference due to the injury to Westbrook, and seemingly has been hated by everyone ever since. Most calling the play “dirty and unnecessary” as he went for a steal and completely undercut Westbrook’s knee.

Don’t get me wrong, I’m not a fan of Pat Bev at all. I don’t like the way he carries himself on the court and I obviously don’t like him for his injury causing habits. I do agree that he plays hard, and I do respect that. The reason he is even in the NBA is so he can get on other players nerves and hinder the offensive player in any way possible. If he can stick a couple jump shots while he is at it, then that is even better, but all teams that take Beverley know that they are getting 48 minutes of hard-nose defense no matter what.

The NBA used to be filled with guys like Pat Bev. Players that would make it their duty to even injure another player if they could. Just to stop the ball from going in the bucket at every cost. I also think there were stronger offensive players as well that could take those hits, unlike today, where players fall after getting breathed on too heavily. But just like in all sports, rough play us not accepted. The Vontaze Burfict’s, Draymond Green’s, and Patrick Beverley’s of sports are frowned upon for being dirty. And this isn’t just by the media either, this is the portrayal by current players. Everyone is so soft today. All sports seem like straight Charmin. My question is, when do they stop being viewed as dirty and start being viewed as gritty players? When are players going to quit with the flopping, crying, and whining? This isn’t Broadway, this is the freaking NBA. If you wanted to take up acting, I’d happily write recommendation letter because some of the flops this season are Oscar-worthy.

Overall, sports of all kinds need to soak up the tears. All this ego “offended by everything”, “can’t be touched by another defender”, “I’m not making my fifty + three point attempts a game because I’m getting fouled on every shot” mentality needs to stop. Someone needs to step in and slap these rule makers in the face. Players today lack GRIT, and Patrick Beverley, while happily accepting the villain role, gives the word GRIT in the NBA meaning again.