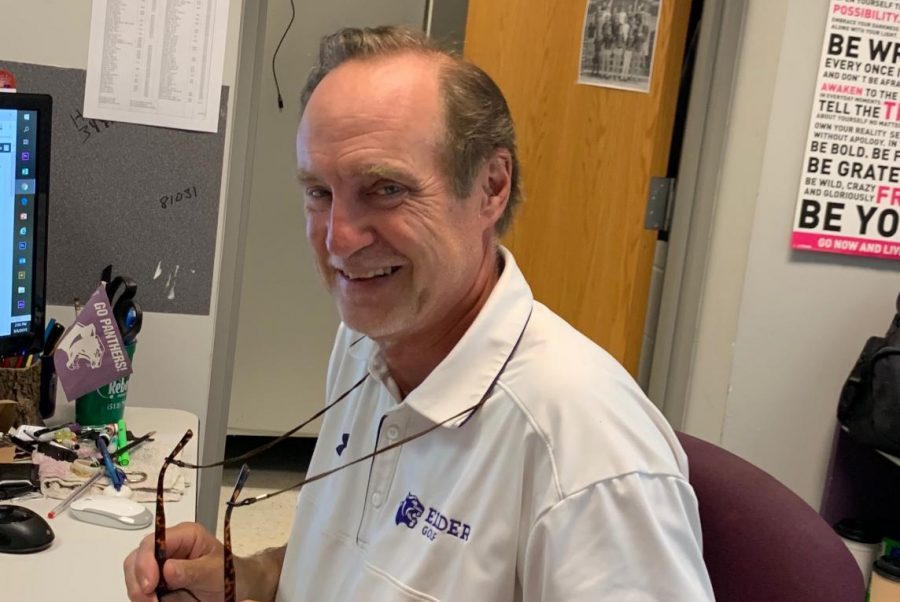 Mr. Rogers in his classroom with dark hair again.

Not sure if anyone has noticed, but there is a brand-new staff member teaching in S-131.

Over the past weekend, Mr. Rogers visited a secret government lab and entered a time machine that made him twenty years younger. I am just kidding, he is still the same Mr. Rogers that we know and love. Many of us have questions as to why he made this decision, so that is why I took some time to interview him and ask find out for myself. 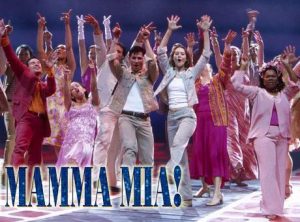 At first thought, many of us believed this was a decision resulting from a “mid-life crisis”, but that is not the case at all. Rogers stated, “It has nothing to do with vanity, this is not a mid-life crisis.

I then asked him about the true reason for the decision. Mr. Rogers actually happens to be a part of a Cincinnati musical group known as “The Footlighters”. This name is derived from an old stage light that shines up onto performers and the stage during a play.

This group does plays throughout the year. I then asked Mr. Rogers what play the group is performing. The show he is acting in is called “Mama Mia”. Rogers continued by saying, “Mamma Mia is a licensed production that only has twelve performances that he will be participating in.

I then asked Mr. Rogers some questions about what we can expect from him in the future. “This hair color will be gone as soon as the show is over,” Rogers said. He does not like the color it is now even though it is as close as he could get it to his previous hair color. His old hair color was just a few shades darker. Mr. Rogers claimed that his new hair makes him feel “dumber”. He likes his white hair better because it makes him feel “wiser”.

As I wrapped up the interview and found out the true reason, Mr. Rogers ended by telling me, “We haven’t seen the last of the wise white hair.”