The Tide look to roll into Auburn and get a win 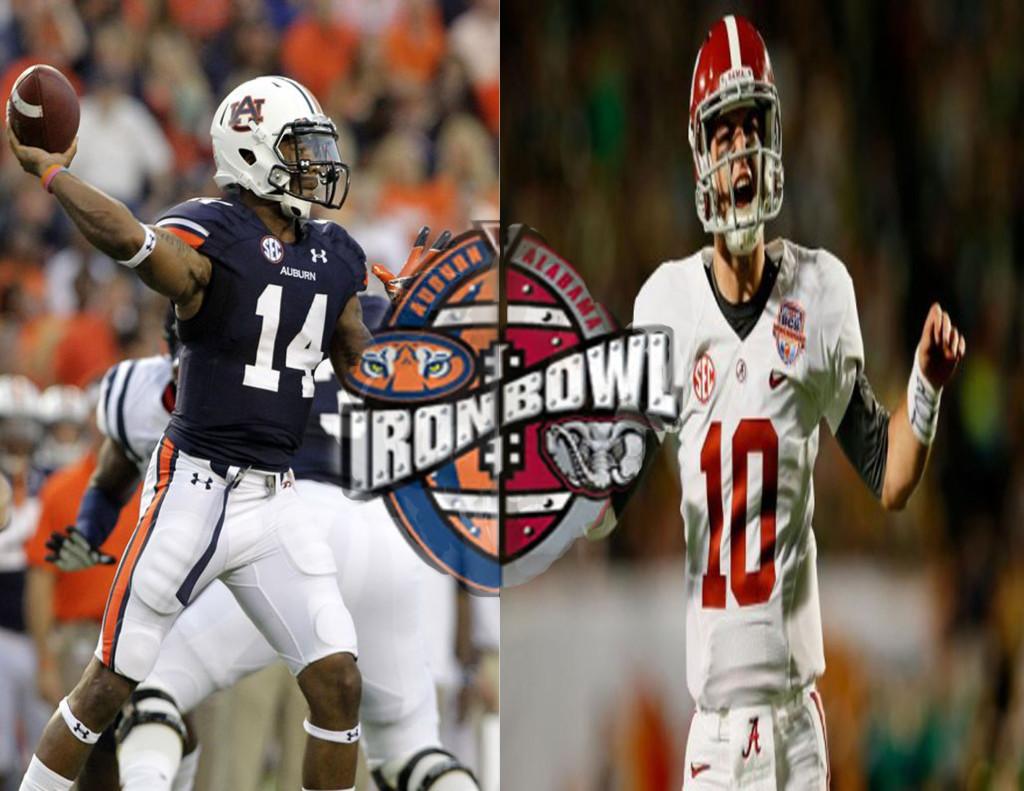 If you would have said that the Iron Bowl between Alabama and Auburn this season was going to be a top five matchup, you may have been called crazy. After the Crimson Tide blew out Auburn 49-0 last season, it look like Auburn might need a few re-building years before they got back to where they have been.

However, Auburn has been having a breakout season under junior quarterback Nick Marshall, who leads the way in almost every offensive category for the Tigers. Marshall is a transfer, formally from Georgia, where he played cornerback. He was dismissed from the team in 2011, and then attended a Community College and was the starting quarterback there.

Marshall is known for his quickness and speed. He has only thrown for 1530 yards this season with nine touchdowns, but he has run the ball just as effectively. A total of nine touchdowns and 823 yards rushing is a sign of his strength in the run game.

For Alabama though, it will be AJ McCarron and his plethora of wide receivers. McCarron has jumped up into the talk of a Heisman finalist with another incredible season. As a senior, playing in his last Iron Bowl will give him a little motivation. Also for Alabama, they have played in games this season, and even last season with circumstances as high as they are in this year’s Iron Bowl. AJ McCarron knows what it is like to play in a game like this, as he has been there many times. When stakes have been high, McCarron has answered.

A key to winning this game for Auburn is to get after McCarron. The Tigers definitely have this in the game plan for Saturday. Alabama has one of the best offensive lines in the NCAA so it may be a struggle to get after McCarron. Kouandjio brothers, Cyrus and Arie, fill out the strong O-Line of the Tide. Ryan Kelly, the center, was injured earlier in the week. Kelly is expected to be a game-time decision. Chad Lindsay, the back-up to Kelly, has played in three games this season and has really played well in those games. Either way, it will be tough to put pressure on McCarron today.

As said before, McCarron has played in many games like this. Some of his receivers have as well. Kevin Norwood, Amari Cooper, and Kenny Bell all played in the SEC Championship game last season. These three receivers know what it is like to play in big games like these. Auburn’s secondary is going to need to be ready for McCarron and his three top receivers if they expect to win this game.