Changing of the seasons 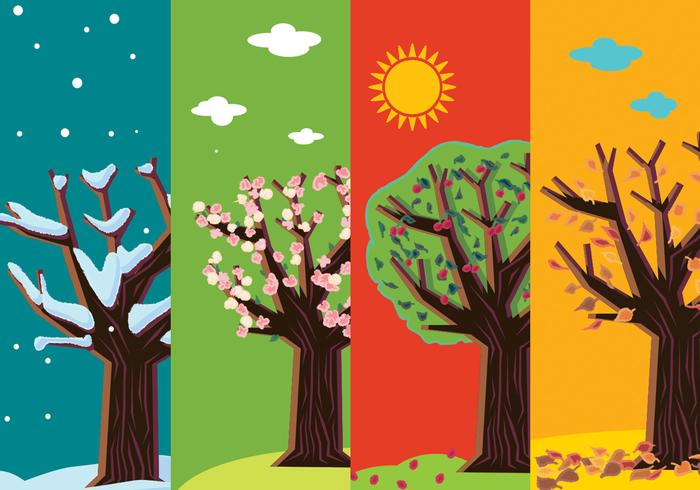 Seasons. There are four of them.

Some of them are better than others, but no matter where you go, you’ll find someone who thinks that the season you like the most is horrible and that the season you hate is great. There is an argument to be made for all of them. Summer is warm, but sweaty. Winter makes things cozy, but uncomfortable outside. Spring has great temperature, but has a lot of rain. October is relaxing and beautiful, yet windy and flu inducing. Thinking about this, I went to several students here at Elder to see both what their favorite and most hated seasons are, and why.

The first student I asked was Jack Bruggeman, who said that his favorite season spring. He testified that this was mostly because of stuff not related to the season though, these things being his birthday and the school musical in which he participates. He did though cite that the good climate was an additional reason for him liking that particular quarter of the year. In terms of least favorite season, Jack said that he dislikes fall the most, mostly because of how boring he considers it in comparison to all the others.

Another person I talked with was Tom Peters who, like Jack, is an admirer of the season of growth. Unlike Jack, Tom’s love for springtime was almost purely because of the weather. He states that he “likes rain and moist air”, and the milder climate that spring brings. On the other hand, he dislikes summer due to the hot and humid weather that it brings.

The last opinion I received was that of Jacob Cowans. In contrast to the other two, Cowans stated that he favors fall the most. His reasoning for this is that all of his favorite events take place during then: cross country, birthday, Halloween, and even the Renaissance festival. Jacob told me though that he doesn’t like the season that comes after it. He dislikes the cold, sleepy, boringness that comes with winter.

Seasons. There are four of them. Some people like the heat that summer brings, others like the coolness of winter. Some love the serenity of fall, and others the growth of springtime. I think it has been shown that different people favor different seasons for different reasons. Whether it be because of the activities that it brings, like in Jack’s case, the climate like in Tom’s, or festivities, like in Jacob’s, everyone has their reasons. But what season is your favorite? Answer the poll below to show what your favorite season is!