How Elder Has Changed 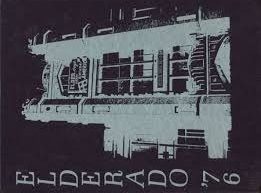 Yearbooks capture the memories of cherished years at Elder.

Elder High School has definitely gone through some transformations since its opening in 1922. The students, teachers, facilities and demands have greatly changed throughout Elder’s cherished history.

I asked three Elder teachers, Mr. Allen, Mr. Weinheimer and Mr. Boeing, about how they thought Elder is different now.

Michael Boeing is one of Elder’s proud alumni who came back to become a teacher at Elder. Boeing was kind enough to tell me what parts of Elder’s facilities have been added or moved since his graduation from Elder in 1974. Apparently, the library and labs were not always located where they are now. “The Art room was the library and the art room [was] downstairs in the basement where Mr. Schoenfeld and Mr. Roush are.” Boeing also told me that the lab in Room 317 did not used to be a room for Science. It used to be two rooms; one was used for Mechanical Drawing and the other for Typing.

The Guidance department was also placed in a different location. The Guidance rooms and the Nurse’s room were all classrooms. Evidently, “the guidance people were located in vans in what used to be parking where the Panther Fitness Center now resides.” This was my favorite moment of interviewing Mr. Boeing because it seems odd by today’s standards, but was an everyday occurrence for Elder students and faculty members back in the day.

Mr. Weinheimer emphasized that students today have to deal with social media outside of school. He says that “you can’t look around a classroom and not see a phone” due to social media. Boeing sees almost no difference between students today from when he was walking the halls of Elder as a student. But, like Mr. Weinheimer, he stated that the technology is convenient for current students. “They’re boys with different toys.” One difference he noted was that there has been a change in the number of students going to college. This number has increased through the years and the number of students going into the military or going into a trade has decreased. Mr. Allen talked about how the workload for each student has grown. “The biggest change in education are the demands that they put on students.”

As for how teachers have changed throughout the years, Weinheimer said that “there are definitely more female teachers here than there was” when he attended Elder in 1993. He says that that is an important part about Elder today but can be overshadowed by the number of Alumni Elder has on its staff. Boeing simply said that he sees “the dedication of the faculty. That has been a constant” throughout all of Elder’s history.

Best of all, when Mr. Allen was asked his favorite memory in Elder’s history of the 50 years he has been teaching, he told me that the “fondest memories are the students, faculty and staff. That’s what you really zero in on and remember.” I couldn’t think of a better way to describe what has never changed about Elder. Whether you are a student, a teacher, or on the faculty, we are all a family where you do not just have one favorite memory. Elder as a whole is a favorite memory for most.