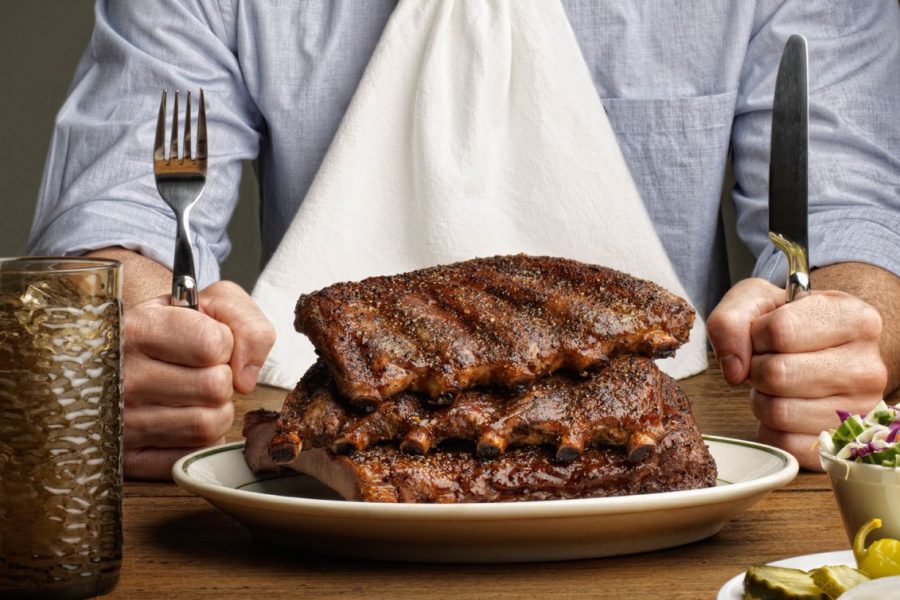 Eating in class is a necessity for some students at Elder.

We’ve all felt it, the mid-class stomach grumble. Which, follows with the urge to go into your lunch bag and grab a mid-class snack. But, most people can stand strong and resist the urge. However, there are some people that just can’t resist the temptation of grabbing a snack. You may see them in class chowing down on some food. Or, you may just hear them. Regardless of how you notice them, they are out there. In this article I’m going to go ahead and give you the five people who are most commonly seen munching down in class.
5. Dakota Postel
At number five I have Dakota Postel. I only have one class with this man which is English, but when he gets in there, he gets to work. I was in a couple classes with Dakota last year, and he has a case of the munchies quite frequently in every one of those classes. It seems Dakota’s snack of choice would have to be goldfish. Every once in awhile you’ll look over and just see a handful of goldfish Dakota’s hand ready to be devoured. Dakota makes a reasonable case for a higher place on this list, because of his performance. Especially since English for us is second period, and he already needs a snack. Either way, Dakota has an impressive appetite, which lands him on this list.
4. Joe Royer
Making his way in at number four is Joe Royer. It’s not hard to believe that Royer made his way onto the list because of the stature of this man. I had a hard time figuring out where to put Joe on this list, but I haven’t seen any visual evidence on why he should be higher. All I’ve heard of is the stories of Royer snacking. “Sports Management is pretty much lunch time, but easily if I could pick one person out of everyone that eats the most. It would be Royer,” said fellow Quill member Carmine Domenicone. With his responsibilities on and off the field, Royer can never be on an empty stomach.


3. Mason Berger
Coming in at number three is the Co-Editor in Chief himself, Mason Berger. It may come as a shock to some people, but Mason loves to eat. I have a couple classes with Mason, but he seems to be able to hold over until the afternoon. In Journalism this man can be seen making frequent trips to the vending machine, and complaining about the vending machine as well. People may think Mason should be higher, but he has some restraint unlike some people on this list. Either way Mason gets to work and finds himself at three.
2. Jackson Geiser
At number two I have fellow staff writer Jackson Geiser. I have a couple classes with Jackson this year, and have seen this man put some dents into his lunch. Even after lunch, Jackson keeps eating; it’s astonishing. Everyone has their snack of choice, and if you’re in a class with Jackson it’s pretty evident what that is. “Goldfish, all day long,” Jackson said when I asked him on his snack of choice. You can see Jackson eating goldfish, and after lunch you’ll see him with the occasional vending machine snack, too. In the end Jackson has a lot of potential to make it higher on the list, but two guys are holding him back.
1. Johnathan Paff
Finally, coming in at number one is Johnathan Paff. Paff has shown incredible skills. One thing I haven’t talked about a ton are the teachers that care about people eating in their class. In a lot of my classes that I have with Paff, eating isn’t welcomed, but Paff seems to figure out away to sneak in a couple bites. Although, he has been caught a couple times, and is now being forced to bring in pretzels on a future date for Cincinnati History. Paff is very deft. Along with some very sneaky skills, Paff has one heck of an appetite. I’ve seen Paff eating pretzels in first period on various occasions. Paff admitted that his snack of choice would have to be pretzels. At the end of the day, Paff is on another level that few people can get to.

Although, people think that there should be other people on this list, I believer pretty firmly that these are our top five eaters during class at Elder. Maybe I am wrong, but these guys deserve some recognition. Some people may think that being on this list is a bad thing, but it’s more of a tribute than anything to the men of Elder that have appetites that you just don’t see all the time. In the end these guys have been grinding, and will continue to do so in the future.