Is the ACT necessary? 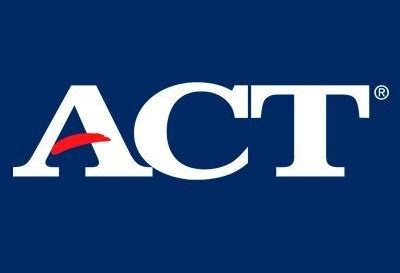 Logo of the company

Many people really don’t like the ACT such as myself. And others struggle with it or maybe both.

Either way, it is safe to say that it is not enjoyable in the least bit.

The test really wears you down or stresses you out. No matter how much we complain, it is still crucial to getting into college. It is taken heavily into consideration when people apply, but does that really seem like the best way to measure intelligence? Does half of the reason why a person goes to a certain college really depend on one test?

Personally, I find this to be very unfair to most people that don’t do very well on the test. I am very concerned about this because it makes me wonder how many people can’t go to their dream college because they are bad at a four-hour test. I decided to ask some of my classmates to see what their opinion is on the matter.

The first person that I went to was the champion debater of the grade. This man loves a good argument and his name is Nate Ficker. I asked him if the ACT is a fair way to measure intelligence.

“I think it is a terrible way. One little test shouldn’t determine how much money gets taken off your education.” Ficker happens to be very intelligent and he has a very good test score of a 32. I think for someone who has a good score to say that it shouldn’t be that way is a lot. He told me that students should be able to take a specific test that will contribute to the degree that they want to study in the future. I strongly agree with this. This is a point that I find very valid. That answer was very good in thought, so I decided to talk to one of my good friends about it.

Luke Hastings happens to hate the ACT very much as Nate does. “That test is an unfair representation of how I am as a student.” Hastings is an honors student who gets very good grades and takes hard AP classes, but he is stuck at a 26 on his ACT. He feels that it is not fair and shouldn’t be the most college determining factor in the whole process of picking a college. His point is one that I can relate to and I totally understand where he is coming from. There are many other people in the same boat as he is.

All I needed was a general opinion on this matter and the two students. I asked my classmates in my homeroom to answer questions for a survey and they all agree that it is unfair to people. Although it is unfair, there are still ways to improve on it and get a better score.