Elder's mock trial team has made it to regionals, and plans to win state. 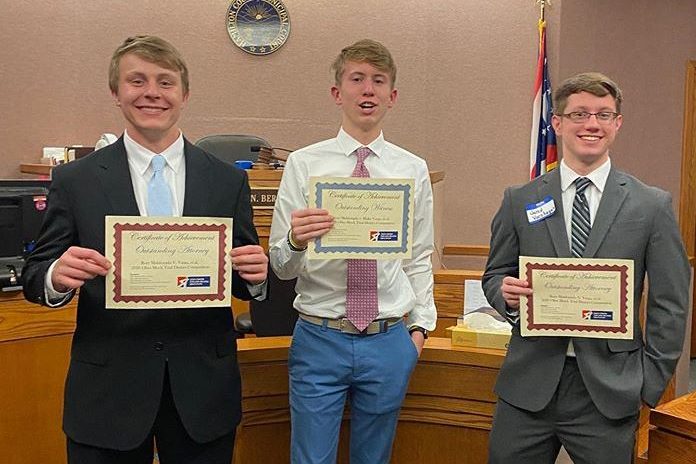 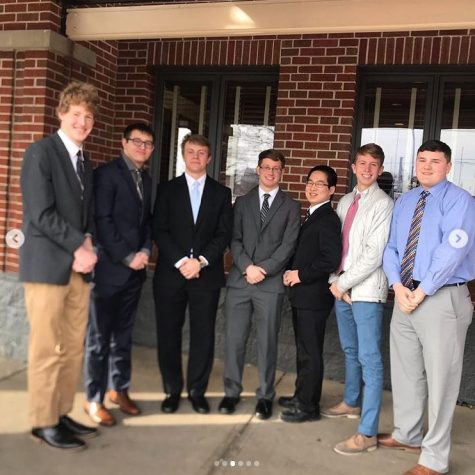 There are many extracurricular and enrichment activities around Elder outside of the typical sports teams. Such activities typically fly under the radar of most, despite their participants putting in work and succeeding.

If you’re anything like me, you don’t know much about Elder’s Mock trial team. I always see members of the team show up in suits on certain school days, and observe them practicing in the library after school when I come in for yearbook meetings, so naturally, I wanted to learn more about the team and how they got to advance to regional competition.

I went straight to mock trial team captain, Jared Vornhagen, for details on what the team does, and more specifically what he does for the team.

“Well, my specific position on the team is a little unique. I’m the team captain, and I’m an attorney for both sides of the case. So that means I compete in every trial we have. During the trials, one side of our team will be paired up with the opposite side of another team, and then we hold a “mock trial.”

Witnesses are scored on how well they present themselves, fight to get their side of the story out, and handle the other team’s questions.”

I also asked Jared how the team’s chances are at willing regionals and advancing to state.

“I think we’ve got a really good shot at winning both trials and regionals and advancing to state. This is our second year in a row advancing to regionals, and everyone has been putting the work into advancing to state. We would be the second Elder team ever to advance to state, and that’s been everyone’s goal this year.” 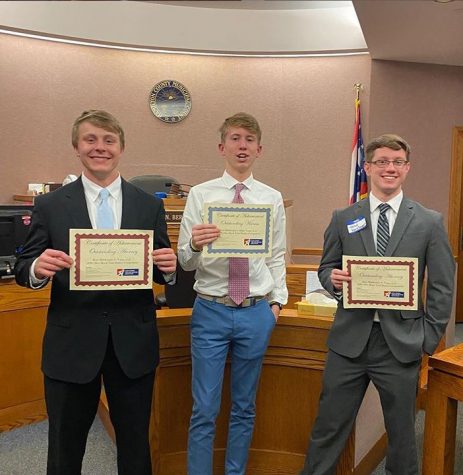 The team has already had multiple members winning awards, with Jared Vornhagen and Sam Harmeyer winning best attorney and Jacob Stiens willing a best witness award at the match that got them to regionals. Other members also won awards that same day, with Jacob Abrams winning best attorney and Jack Bailey winning best witness in their trial. To me it sounds like Elder has a solid mock trial team with a lot of hard working members the know the law, and each contribute to the team’s success in a variety of ways.