Mr. Peanut dies…just to come back 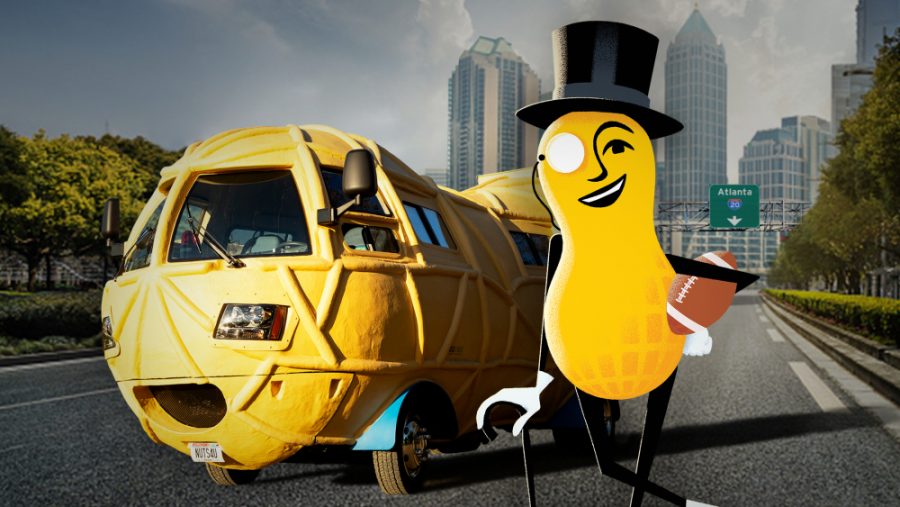 If there is a pinnacle of commercial advertising, it is the Super Bowl.

Countless big-name brands drop millions on creating ads to air during the momentous sporting event, and in an attempt to get noticed advertises can and will be creative. A year often does not pass where ad campaigns are shut down prior to the Super Bowl because they are deemed offensive. These commercials are oftentimes overtly sexual, politically charged or incorrect, or simply just made in poor taste. Super Bowl LIV was no exception for canceled ad campaigns with the most talked about by far being the Planter’s Mr. Peanut death ad campaign.

Mr. Peanut happens to be Planter’s 104-year-old mascot, and in a 30 second commercial he is seen falling off a cliff to his explosive death. The ad featured Wesley Snipes and Matt Walsh accompanying Mr. Peanut on a road trip along a cliff

side when an armadillo crosses the road in front of the peanut mobile. In order to save the armadillo, Mr. Peanut swerves off a cliff where he, Matt, and Wesley dangle from a weak branch. Mr. Peanut willingly ends his own life to save the lives of Matt and Wesley. Mr. Peanut’s death incited a massive response on Twitter as users began to both mourn and praise his death.

Following the early release of the ad, Planter’s tweeted to confirm Mr. Peanut’s unfortunate death and planned on honoring him during the third quarter of the Super Bowl LIV with another ad. However, Planter’s stopped the release of the death commercial due to the passing of Kobe Bryant the weekend after the ad’s release.

Due to the similarities between his cause of death and Mr. Peanut’s, Planter’s thought releasing the ad during the Super Bowl would be in poor taste. Out of respect for the Bryant family and all other families who were affected by the helicopter crash that killed nine, Planter’s decided to only air the second commercial during the Super Bowl instead of both as anticipated.

The second ad displayed a funeral for Mr. Peanut in which Mr. Clean and the Kool Aid Man are present. The ad takes an unexpected turn when the Kool Aid Man’s tears resurrect a baby Mr. Peanut from his grave. The resurrection of Mr. Peanut after a mere 10 days of being dead brought about mixed emotions from Twitter users who were also were quick to point out the similarities between baby Mr. Peanut and the Mandalorian’s Baby Yoda. Most thought the commercial was humorous and in many top ten lists for ads of the 2020 Super Bowl, but there were those who thought the ad was simply abusing the baby character trend that has taken over television as of late. I personally enjoyed the ad while watching the Super Bowl, and truthfully did not mind a little Baby Peanut action.

Unlike most ad campaigns that are stopped before showing in the Super Bowl, this decision received nothing but praise and for good reason. If Planter’s had released the ad during the game I feel that they would have received harsh feedback and made viewers feel uncomfortable. Despite the controversy, the ad proved to be successful and the most talked about ad going into the Super Bowl. With Planter’s long history of commercializing Mr. Peanut it will be fun to see where Baby Peanut’s adventures are next.