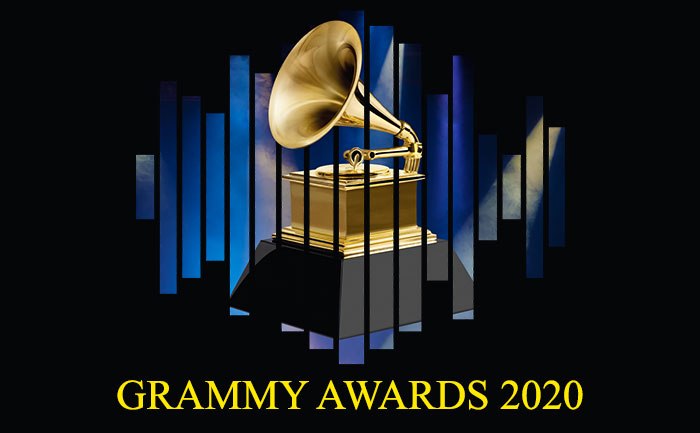 It’s that time of year again.

That time when music enthusiasts sit back on their couches and watch the famous, the infamous, and the newcomers fight for some of the most “prestigious” awards in music at the Grammy’s. (I say prestigious with a grain of salt given recent controversies regarding behind the scenes issues.) Despite these issues, winning a Grammy is still a massive accomplishment for anyone in the business, and this year saw several talented acts take away deserved awards such as Billie Eilish, Billie Eilish, and Billie Eilish.

It would be hard to deny the momentous wave Billie Eilish made in music this year with her debut album, When We Fall Asleep, Where Do We Go? (2019), reaching the top of the Billboard Top 200 becoming the number one selling album in the U.S. as well as the U.K. The album features a pop and an electropop track list with 6 of the songs on the album cracking the Billboard top 100. 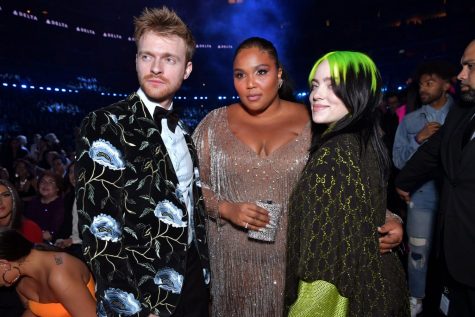 Lizzo pictured with Billie Eilish and her brother Phineas

These include “When the Party’s Over”, “Bury a Friend”, “Wish you Were Gay”, “Xanny”, “Everything I Wanted”, and the most popular song of the year “Bad Guy”. Her album allowed her to destroy the main categories at the Grammy’s and take home 5 in total. She claimed Record of the Year “Bad Guy”, Album of the Year, Song of the Year “Bad Guy”, Best New Artist, and Best Pop Vocal Album beating out the most similar album vocally, Ariana Grande’s Thank You Next (2019).

Billie was not the only big winner this year as infamous Lizzo took home three Grammy’s for her deluxe version of her studio album Cuz I Love You (2019). The album got Lizzo nominated for 8 awards for songs such as “Truth Hurts” and “Jerome”. The album features a diverse variety of genres with R&B songs such as “Jerome”, hip-hop songs such as “Tempo” featuring Missy Elliot, and pop songs such as “Juice”. She went home with Best Urban Contemporary Album, Best Solo Pop Performance “Truth Hurts”, and Best Traditional R&B Performance “Jerome”. Love or hate her antics, it is hard for one to deny her ability to make catchy songs.

Another highlight of the Grammy’s included Tyler the Creator taking home his first Grammy with album Igor. While his performance of “Earfquake” and “Magic Wand” sent the internet crazy, his reaction to winning a Grammy is what made the news. The album won Rap Album of the Year, and Tyler was the center of attention for his Grammy win after he called out the Grammy’s for wrongly placing him in the rap category just because he was a young black male. 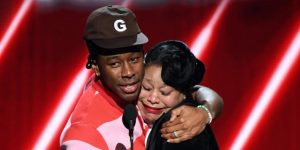 His allegation holds some substance considering his album Igor is definitely not primarily rap, and the Grammy’s have a history of tampering with categories and voting in racially offensive ways. Tyler claimed he should have been placed in a more holistic category such as Album of the Year. Many people have rallied behind Tyler’s stance in order to bring awareness to issues plaguing the awards. These issues also include the inclusion of “Urban” categories which equate to “black people music” according to the Grammy’s. Hopefully this is an issue that is resolved soon: for the Grammy’s sake. 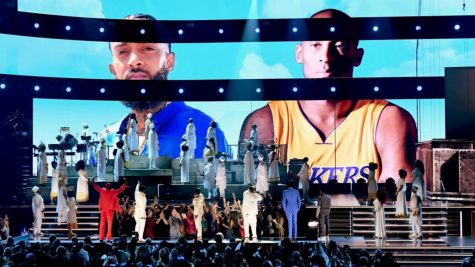 Aside from the controversy, Billie Eilish domination, and Lizzo nomination fiesta, this year’s Grammy’s also featured the celebrations of the lives of the late Nipsey Hussle, who was fatally shot earlier this year outside of his clothing store Marathon Clothing, and the late Kobe Bryant and the others on the helicopter that had crashed earlier that morning. DJ Khalid, John Legend, Kirk Franklin, and YG sang a tribute to the late Hussle onstage with an inspiring and soulful performance. Host Alicia Keys and Boyz II Men did suit with a soulful opening honoring the lives of those lost on the helicopter crash in Calabasas.

Those were the Grammy Highlights I found to be most prominent this year. It was overall a relatively tame year for the Grammy’s compared to years prior. There were no historic Kanye moments or stolen speeches that made the internet go crazy. Maybe that can be taken as a good sign though. The more attention that gets put on the music and not the personalities’ the better the Grammy’s may be.