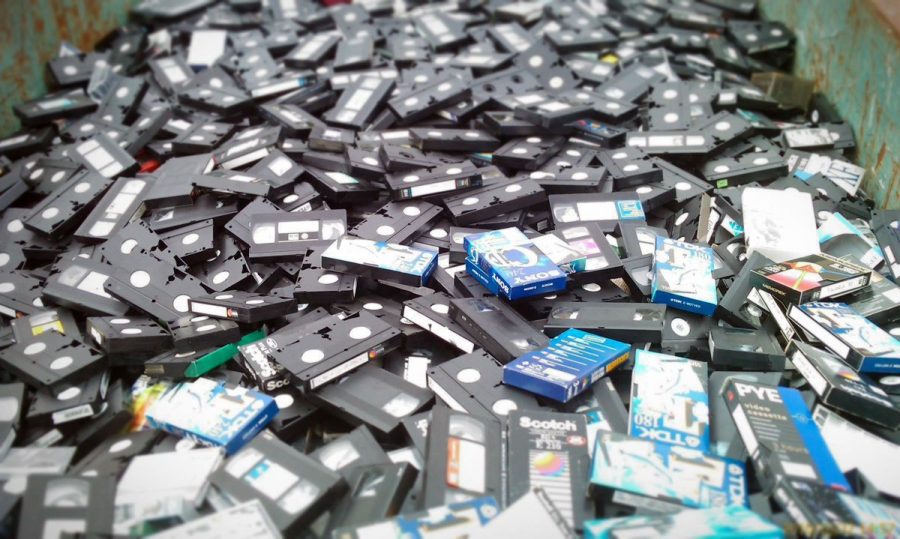 Historically, there have been an abundance of articles written in The Purple Quill regarding the best days of the week and the school year, including Nicholas Seger’s recent article that offers wonderful insight into the seven days of the week. As you can imagine, all of said articles have Saturdays and Elderfest at the top of the list, but there’s a few days of the week throughout the year that don’t receive the recognition they deserve: Freebie Fridays.

Freebie Fridays, as the name suggests, occur throughout the day on select Fridays when the library gives away books, paperclips, mugs, VHS tapes, or posters away for free. This may sound underwhelming, but many students I have spoken to say that they have found some hidden treasures after browsing the collection for a few minutes.

Senior Robby Engelhardt was able to snag a poster of a young Spike Lee that he says will serve as decor for his dorm next year. Junior Gus Middendorf walked into the library on a Freebie Friday and walked back out a few minutes later boasting five VHS tapes including Dr. Strangelove.

In addition to students, faculty also benefit from the generosity of the library. For example, Mr. Quatman received a poster of Mr. Spencer urging students to read as a gift from Mason Berger. Essentially, receiving an email from Mrs. Williams-Mitchell about a Freebie Friday is equivalent to waking up on Christmas morning.

However, not everybody takes the same approach to Freebie Fridays. Seniors Jonathan Paff and Carmine Domenicone grabbed a VHS tape and planned on taping an old school Elder logo on it and advertising it as the “1922 Elder Football State Championship” video in hopes of duping some unsuspecting student into purchasing it (No, Elder didn’t win a football state championship in 1922). However, Carmine said they didn’t go through with their plan and instead advertised the tape as a free copy of Top Gun to students to try to get it off their hands.

If you haven’t heard about Freebie Fridays yet and would like to try to find something that piques your interest, check your email every once in a while. This is the first year these special days have occurred due to the library being renovated for next school year, so take advantage of them while you can.