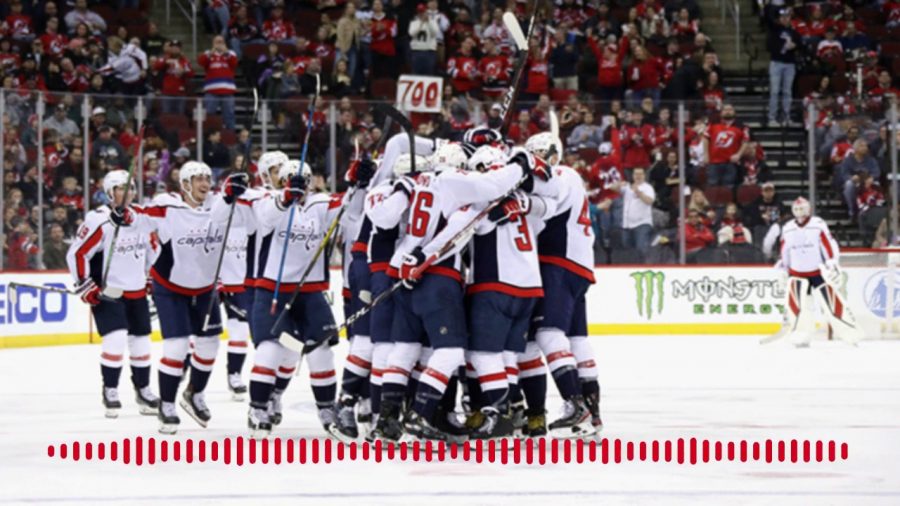 Ripping a slapshot into the top corner of the net, Alex Ovechkin, captain of the Washington Capitals, recently scored his 700th career NHL goal in a contest against the New Jersey Devils. Ovechkin, with 47 goals this year, is well on his way to one of his most successful seasons. The Great 8, as many call him, is also gaining steam in his march towards beating Wayne Gretzsky’s 894 goal career record. Gretzky himself even admitted, “Alex definitely is the guy who has a chance” when asked to comment about Ovi’s recent accomplishment.

Throughout his career, Ovechkin has proved himself as one of the best goal-scorers of all time, showing off his skills countless times for the U.S. capital’s team in D.C. Ovi has played for the Capitals his entire NHL career, starting in 2006. Before the NHL, however, Ovechkin played in Russia, where he still returns to play for the national team annually, as well as during the Olympics. Russia recently received a ban from the Olympics for four years, which Ovechkin described as “sad news”. Ovechkin commented further on the matter: “It’s always disappointing to hear something like that,” Ovechkin said. “I hope everything’s going to be well. We still have a long time till the Olympics to figure out what to do, what’s better to do. Hope everything’s going to be fine.” Ovechkin, however, has stated that he definitely keeps his hockey focus on his NHL career rather than his team back in Russia.

After seeing Alex , their captain, break records and complete milestones this year, many of his teammates shared his happiness. Fellow Caps winger T.J. praised his long-time teammate: “it’s exciting to be around and be on the team and be able to witness something like a guy scoring his 700th goal”. Even coach Todd Reirden was happy for Alex’s individual success: “it’s something that certainly allows you to enjoy what we’re seeing right in front of our eyes, and I think that’s something that’s special.” All of the Capitals players, however, continue to say that Ovi’s focus remains on the team’s success. After leading the Capitals to their first Stanley Cup in 2018, he wants another championship. Center Evgeny Kuznetsov said that Alex never talks about himself in the locker room. He went on: “That’s one of the good things about him. Even if he reaches some of those milestones, he’s never thinking about this. I don’t think he even worries about Gretzky. He just worries about to get in the playoffs and perform there”.

Obviously, Alex Ovechkin has proven himself to be one of the best hockey players of our time. He is an inspiration to his teammates, fans, and young hockey players alike. Alex will eventually reach and surpass Gretzky’s goal record, seeing that he  doesn’t get injured and continues to perform at the outstanding level that he does today. However, in a much more relevant timeline, the Capitals are currently leading their division, and are third in the Eastern conference. Hoping to make a run in the playoffs this year, the Caps are doing their best to get the best seeding possible. Regardless of their seeding, the Stanley Cup Playoffs this season are setting up to be one of the ages. There are so many strong teams in the NHL, and all of the playoff series will be competitive matchups. Calling it now, the Stanley Cup finals will host the Colorado Avalanche and the Philadelphia Flyers.