He’s the Best for a Reason… 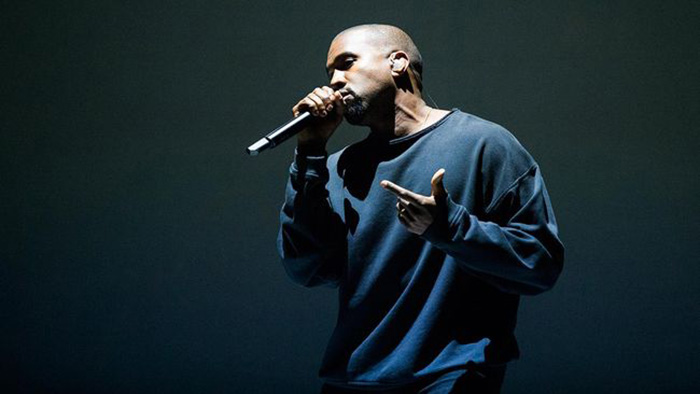 Kanye West is simply the most influential musical genius of this generation.

Imagine your first name is North. Your dad is Kanye West and your mom is Kim Kardashian. That means your name is North West and you are the daughter of the two most media spotlighted people to ever live. Your two parents are people who stepped up to the mic of the world.

Being at the center of the media universe for years in a row doesn’t happen at random. Either this person is incredibly skilled, has an insatiable personality or just is simply entertaining to observe. Kanye West fit this bill perfectly. His feel for beats, wild and uncensored personality makes him an absolute character to watch. For example, after Taylor Swift received one of her first music awards, Kanye jumped on stage drunk and said that Beyoncé’s was better. After this, the media absolutely hated him, but it did not stop his desire to create art. On Jimmy Kimmel, he let the entire nation know what his favorite porn category was. This man is actually insane, yet not crazy.

Despite his wild and reckless behavior, his strong sense for beats, samples, and melodies made him the most dominate rapper of his time. Tall claim, right? The reason for his dominance is his diversity of audiences and melodic skills. His music applies to everybody of all walks of life. He has songs for white girls to listen in their cars and plenty of songs college basketball teams warm up to while being a huge advocate for African American oppression awareness. He doesn’t pretend that there are no races but rather expresses how powerful he and African Americans are. Kanye is also the king of melodies and samples. Kanye has a routine of hearing certain melodies from songs, sampling them, then incorporating his own beat to augments the original sample’s gravity. After listening to every single one of his songs, I feel that I can give you a fair, basic rundown of his best albums and what makes the name Kanye West so beautifully powerful.


The College Dropout
This album really brought him to the horizon of the rap world. It was clear after this was released that Kanye was special. The album consists of 21 total songs. The one song that really sticks out among the others is “Through the Wire.” This song is more of a story of how Kanye was in life threatening car accident, but all he wanted to do was rap so he sung the song with his jaw wired shut. Although the fact that his jaw was wired is crazy, what was more impressive was his ability to tell a coherent story in the form a rap in-between beat changes and in different keys. In sum, the album was lighthearted, and fans had no choice but to fall in love with the rebellious and curious nature of his melodies.
Late Registration


Late Registration is a piece of art. Following his education theme, Kanye took a step back and dropped his beats with more purpose. In this album, you hear a lot about Kanye’s views on life. In the first song of the album, “Heard ‘Em Say”, Kanye uses the refrain of “And I heard em say, nothings ever promised tomorrow today.” Although it is a simple line, he incorporates thoughtful lines like this all over the album. His most popular song, though, might possibly be in this album: “Gold Digger.” One listen and you will be amazed by the audacity Kanye has to post a song like this. Though the message is abrasive, the beats used are complex and change all throughout the song, relating to his mood at that specific point. In conclusion, if I were to recommend an album to start with to a new listener, it would be this album due to its depth relating to family and impressive sampling.


Graduation
As the third and final education album of his career, it went out with a bang. This album made Kanye a rock star. Period. By this time, the name of Kanye was household for 40-year-old moms reading People magazine to DJ’s all the way down to the youth of the nation. Before this point, Kanye loved to sample songs of the soul and the melodies seemed to surround songs outside the realm of rap. Instead, in this album, he started to dabble in the range of more synthetic and computerized samples and beats. And it definitely worked. In the song, “Can’t Tell Me Nothing” Kanye unleashed eerie beats, expressing his excessive self-confidence. This album outsold any other rap album that year and propelled him to the very top of the rap and hip-hop game.
808’s and Heartbreaks


Two months after the release of Graduation, Kanye’s mother died and, sadly, they were very close. This made his music dark for the years to come. The theme of this album is obviously heartbreak, but it also is characterized by the brand-new use of auto-tune in the songs and drumb-like beats produced by the TR-808. The TR-808 was invented in the 80’s and creates beats that can sound like ceremonial drums if you will. It brings a daunting tone to his songs. Not to mention, Kanye was the FIRST rapper to over use auto-tune to make his songs sound unbelievable with his riveting beats. To really get the full effect of both of these aspects listen to the song “Love Lockdown”. But, the token universally liked song in the album is called “Heartless” and it has a certain beat and tune which are irresistible to the ears.


My Beautiful Dark Twisted Fantasy
This is arguably Kanye’s most influential album that he has created. Like stated before, Kanye interrupted an awards ceremony to tell the world that Beyoncé’s music video was better than Tayler Swift. While he was right, the world thought he was a head case and extremely rude. After exiling to Italy and producing the songs in Hawaii in isolation, he created a beautiful, dark and twisted album. Fun Fact: Kanye required all of his co-producers to wake up at the same time, eat together, workout together, do charity works together, and all work together at the same time while making the songs. What was conjured up is extraordinary. Kanye came back more influential than ever after dropping his most powerful album. Each song has a drastically different theme. Some of his unbelievable songs were “Gorgeous”, “POWER”, “All of the Lights”, “Monster”, “Runaway” and “Lost in the World.” I can guarantee you that one trip through this album, cover to cover, will change you. I highly recommend listening to this album because it has something for everyone and it is truly powerful. There is a short documentary on YouTube by “The Most Unruly” who explains in depth why this album is truly astounding, so if you like the songs, watch the video.
Yeezus


The reaction from the public about this album was mixed to say the least. This was indeed an experimental album by Kanye. It is characterized by the extreme electronic samples and is sonically challenging for the audience to listen to. The song that stands out in the album is most definitely “Blood on the Leaves.” Not only because the song is the clearest in the album, but it does not follow the electronic and scratching theme of the other songs. The song has a poignant sample of the famous 1965 “Strange Fruit” by Nina Simone. The song is about Kanye’s relationships with women with a background shadow of the oppression of African Americans. The top songs in the album were good enough to prove it platinum in a few months.


The Life of Pablo
This was the last of Kanye’s “loaded” albums, I like to call it. The album consists of a whopping 20 songs. The album kicks off with well sampled song in the form of a prayer when broken down called “Ultralight Beam” which hit the top charts. Directly followed by another huge hit called “Father Stretch My Hands, Pt. 1.” This song also was on the top 50 songs of the year. This album is characterized by classic the Kanye themes. It contains hype songs, soul songs, sexually explicit songs, and inspirational songs. In my opinion, this was Kanye’s last banger album. It perfectly showed most all of his aspects as a rapper, singer and producer.
ye


This album was an abbreviated composition containing only 7 songs. But, the shortage of songs did not hold back any of Kanye’s thoughts and fantasies. The first song is about how Kanye thinks about killing another person as he points out that he thought about killing himself as well. His rational: since he loves himself more than he loves others, then he will kill others before himself, hypothetically. Although the open to this album is quite dark, he also talks bout how he thinks his daughter will be treated as she grows up. He explains his protective feelings over his daughter, knowing well that other men will be “looking” at her soon. Besides all of the dark songs in the album, the song “All Mine” became an instant hit as soon as the album dropped. Most of the youth and rap lovers of America know instantly what song it is by the church organ playing before his most vulgar song of possibly all time. I think that this album showed some of the true and darker side of Kanye, yet it still sold well like before despite the darkness.


Jesus is King
Although Kanye enjoys putting out dark and sometimes twisted music, we must remember he is God fearing man and his faith, surprisingly, is a big part of his life. His mom raised him in a church pew teaching him the word of God as he grew up. In 2019, Kanye dropped Jesus is King. The rap world is a dirty world, and this completely disregards all standards for rap as we see Kanye be rebellious once again. The songs in the album are truly pure. One of the songs called “Water” is about clearing up the dirtiness in conversations to make us kinder people. Perhaps the most meaningful song in the album though is “God Is.” In this song, Kanye goes into his thanks and praise for God and gives a wonderful definition of what we are praising everyday as Christians. One great line from the song goes, “This ain’t ‘bout a dead religion, Jesus bright a revelation. All the captives are forgiven, time to break down all the prisons.” The last bit in that line has to do with the unjustness of the 13th amendment which he dives into deeper with the song “Hands On.” Even though it is not his most popular or influential albums, this one brings kindness and peace to the front lines, reminding us all why we are here.

Looking back on all of the work Kanye has given to us, it is really quite impressive. And, this isn’t even all of his albums. He did a collaboration with Jay-Z called Watch the Throne in 2011. This album was used in the making of the Great Gatsby film for those who have seen it. He also did another collaboration with Kid Kudi in 2018 called Kids See Ghosts. Trying to compare Kanye to any other rapper of the 21st century isn’t even fair. Kanye has more than an ample amount of songs to fill up any hole in a playlist. In reflection of Kanye’s insatiable attitude and inflated self-confidence, there may be a correspondence between that and his success.

Kanye jumped on stage with a bottle of Hennessy in his hand and embarrassed himself in front of the world. This was the end of his career if he listened to the media. Instead, he made the incident a meager speedbump on his road to greatness. I think we can all learn a little something from Kanye West.