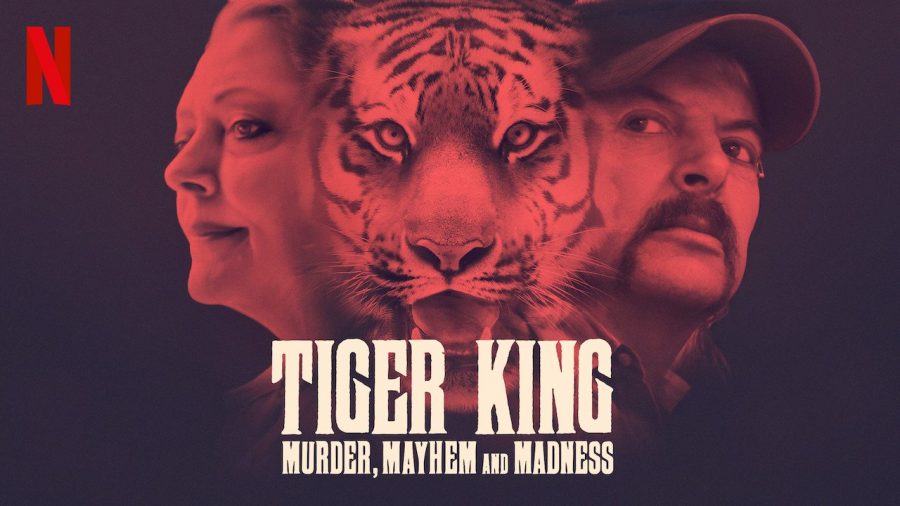 The new Netflix original Tiger King has gotten a lot of rave over the last couple of months. The reason for this show being so popular has to do with its extraordinary topic and main character, paired with the whole world having to stay home for a couple months.

It seems that the world cannot enough of Joe Exotic. The shows influence is undisputed. Just today, I saw a counselor from my high school ask a group of students if we have watched Tiger King, and I thought that was unbelievable. I tried to think about what made my counselor, grandma, and brother turn on Joe Exotic again and again. And the answer to all of this stems from something a character says in the second episode. It is that tiger can lure the modern human eye like nothing else.

In the second episode, we learn of a man called, “Doc Antle”. After watching the episode, one comes to see why the name Doc Antle might not get the credibility it wants. Doc Antle shows the power of the tiger over women, men, and every walk of life. So, when a large number of viewers all flock to one show on Netflix, the power of the tiger may be partially responsible for its volume of viewers. Another reason viewers come back to watch is for the absurdity of it all.

During this quarantine it is funny to see something so absurd it is amusing. Most people in the United States do not know of about the buying and selling of exotic animals, yet we find it amusing that it is occurring. The events that take place in the show are downright hysterical in terms of humor.

In terms of craziness, it also fits the bill. Multiple times we massive tiger and lions do thing that we would never see from a zoo. We see a staff member right after she had her arm torn off. Along with funny crazy incidents, there are also some really depressing things that happened during the show. For example, we meet and get to know a 19-year-old character who we see filmed days before killing himself. I don’t know of any other show on Netflix that openly shows someone right before they kill themselves. That was sad but it was not enough to keep the viewers away from Joe Exotic and his 1200 lions and tigers.

Joe Exotic was yet another reason for viewers to be attracted to the show. A reason for Joe Exotic’s success on Netflix is his extreme charisma and no way to relate to the viewer. I’m not sure there were many viewers like Joe Exotic out there watching, but it sure was amusing to watch him go. Joe, on his enemy’s birthday, sent loads of poisonous snakes into her mailbox. He even recorded himself laughing while saying it. He truly was a crazy man and different from the common viewer. With all of the funny reasons to watch this show, there were a couple mistakes on the directors’ end.

The show plateaus really hard. In the first the episodes it was like the directors has no idea what direction the show was going. They talked about Joe and his cats in the first episode. You completely change gears in the second episode and focus just on an auxiliary character who has no weight to the show as a whole. The shows tries to give him credibility on comments about Joe down the road in the series, but he does not actually matter the show’s main plot. So, after the first three episodes, the viewer is ready for whatever is next because they love the show and they love Joe Exotic. What the viewer is not ready for is the history and back story of another auxiliary character’s husband for context for a law suit. The problem here is, the show traveled to far from the stem of the plot which made it lose viewers in the middle of the show. For those who stuck around to the end, the ending was satisfying, comical, and a little sad but it wrapped up the show well so it is easy to recommend to others.

I am not sure that I would recommend this show to everyone on my street. I would recommend to this to my friends so they can pick up the humor from the beginning of the series, but I do not recommend this series for the lawsuit plot this is actually about. Joe exotic is funny, the ending is bitter sweet, the tigers are lit and it’s a bumpy road all the way through it. That is how I would describe this to someone who has not seen it.