Brady to the Bucs 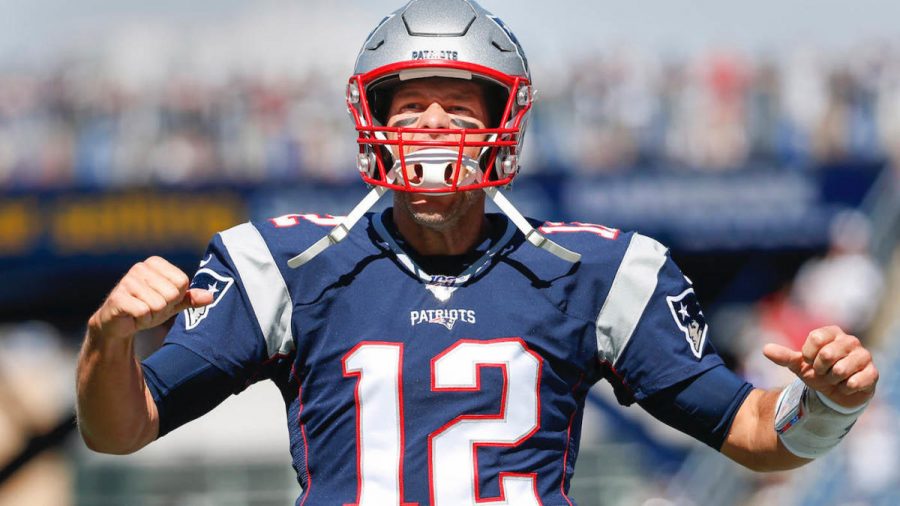 Brady seen doing his infamous pump-up run before the game.

For years now, Tom Brady has set the course for how to be a quarterback in the National Football League. He has won six Superbowls, has the most playoff wins and passing yards among all quarterbacks, and he did all of this while being drafted in the sixth round.

He has no doubt solidified himself as one of the top three quarterbacks in the league, and most would arguably state that he is the one GOAT. He had spent his entire career so far with the New England Patriots, a franchise headlined both by him and their coach, Bill Bellicheck.

However, this NFL season is going to look extremely different not only for Brady, but for the entire league. Houston Texans’ star Deandre Hopkins was traded to the Arizona Cardinals in an unprecedented move. Some other veteran quarterbacks have also been on the move. Phillip Rivers who has spent his entire career with the Chargers is now the quarterback for the Indianapolis Colts. The Panthers also signed the Saints backup quarterback, Teddy Bridgewater to a new deal, hoping he can replace Cam Newton. By far the most anticipated move of the entire free agency however, was the move of Tom Brady.

Rather than returning to his home in New England, Brady decided to join the Tampa Bay Buccaneers for a two-year deal. While this shocked many people within the football world, I for one can say I was not all that surprised. The conversation that has been talked about ever since Brady has come into the league was who was more important, Bellicheck or Brady. Many people can never come to a solid answer, and most just end up admitting that both of them are great in their own respects. Brady was not exactly satisfied with people saying this, as he wanted to prove to everyone who was truly the source of success.

Not only did Brady want to prove that he was the reason, but there also may have been some discomfort between the two greats. After the 2017 season, Bellicheck wanted to make a blockbuster trade to go out and get a younger quarterback that would be their future. The only downside to this was that he’d have to give up Brady, but he was prepared to make the deal. Owner Robert Kraft however, decided to put this to a stop. Once Brady found out about the potential trade, he was none too pleased with the shady dealings that Bellicheck had thrown his name into. This eventually was said to cause a rift between the two, leading up the Brady deciding to leave when this free agency in 2020 came around.

Personally, I am completely conflicted when it comes to Tom Brady leaving. The man I have watched play for my Patriots for years will now be dawning a new uniform, but it is time for Brady to go and get his. He will fit well into the system in Tampa Bay, and they have already surrounded him with plenty of talent at the skill positions. He has all star caliber receivers with Mike Evans and Chris Goodwin, and has a very capable tight-end in the system with Cameron Brate. He finally has weapons in his system that will help his game at his older age, something that was neglected in New England.

He also gets to work with a coach who is a quarterback whisperer in Bruce Arians. He has coached multiple quarterbacks, and has risen their potential through the roof. He may not be able to help Tom improve too much, but they will no doubt have a very high level of respect for each other going into the season.

The one question is how much practice will Brady get with his new team. Due to the COVID-19, NFL will most likely suspend summer practices and not allow the teams to meet in bigger groups too often. This may contribute to a lack of chemistry very early in the year, which can cause a few missteps. Regardless, as the season progresses the team will continue to gel and eventually be a Superbowl contending team.

The challenge has been set in front of Brady, and he is never one to back down for challenges. Get ready to see a renewed Brady that is out to prove that he is still the king of this league.