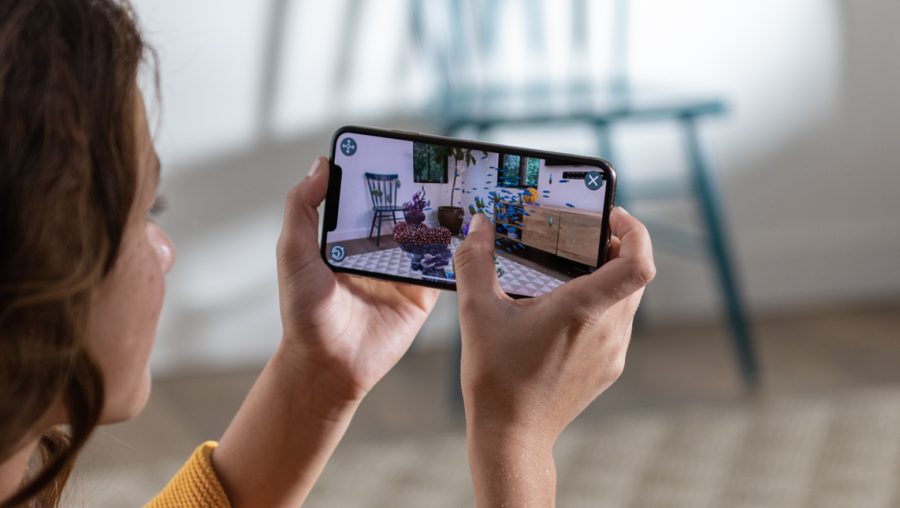 The most profitable company in the world makes big money moves once again.

With the best designers and engineers in the world working for them,  it seems Apple only competes with itself. They don’t  try to keep up with the Jones’s next door because they own the Jones’s house and their entire subdivision.

Apple does not have precedents to follow because they lead the way for all the others.

And when I say others, I don’t mean other tech companies, I mean all businesses.  Almost every company no matter how big or small has Apple products and services. It might be a simple iPhone in the pocket of the lowest tiered worker or it could be every worker uses a MacBook Pro as their laptop.  Either way Apple is still ingrained into some part of that company.

Since Apple is the clear leader they must use keen intuition to stay ahead of the technology curve, and out of sight of their competition. For example, a few years ago when the iPhone X came out, the commercial showed the possibilities of Augmented Reality (AR).  It was a video of a T-rex on a basketball court.  Apple was looking years ahead just to this month, April of 2020.  The AR envisioned by the software engineers has come to life.

With the new IOS 13.4.1 software update, an AR programming app is ready for the common user to experiment with. This unique app allows you to take a video, and add a computerized object into the film. This allows not only funny creations, but also this means a lot for augmented reality. For some, you may say “so what” or “big deal” and for that I am disappointed in you. The AR advancements have now brought the mystery of AR into the hands of the common user. In fact, I have already come up with a real-life application myself.

I have been working on a network of equations (called an algorithm) to predicted how far to hit a golf ball uphill or downhill with just the angle of elevation and distance to the target. I have created a different equation for each ball flight according to the type of club I have. If I had the ability to translate these equations into a virtual simulator on the phone I carry 24/7, the possibilities are endless. So, I challenge you to stay up to date with the technological and societal advantages Apple can provide you.

Additionally, Apple has taken another step over the almost nonexistent competition.  A month ago, I was scrolling through my phone looking for my weather app, but I realized I have two. I have the app that comes on the iPhone and I have an auxiliary application called Dark Sky. For those who don’t know, Dark Sky is the most accurate weather app on the market, undoubtedly better than Apple’s.  I was looking for an app to show me whether I could toss frisbee in the front yard or if I should stay inside. I decided on Dark Sky for the first time in a while.  Dark Sky, with its hyper-local radar and population feedback, predicated heavy rain soon even though there was little cloud cover at the moment.

I listened to the app and it was correct. The mini graph that reads rain chances to you is extremely intuitive so much that my 50-year-old father can even use it to make a well-informed decision within seconds. After pondering over the greatness of the app, I stopped myself and said, “Why doesn’t Apple have a foot in the door with this company?” I was wrong, they did. About a week and a half ago, Dark Sky was bought by Apple and they stated that the Android app and App Store app will be discontinued soon. Great for Apple, but bad for most people.

Here is an example of how modern capitalism can have downsides. Dark Sky was a great app.  Users liked the layout and format despite a horizontal representation of temperature which was kind of dumb to be honest. That aside, the app was great. There was personal feedback that was easy to give and choices of themes to give the user a full, exclusive experience. To see this app being taken down will be sad, but there is hope.

Apple is a good company at heart. They just posted a beautiful hopeful video on YouTube bringing joy to the audience by describing how tech has brought us together in new ways unexpected during the pandemic. The genuine heart and relentless engine of creativity at Apple will give Dark Sky a fresh reboot. Both apps will be better than ever.  Possibly, hopefully, Apple will take the great user experience of radars and graphs by Dark Sky and implement a fresh new weather app to keep the Jones’s aware it is clear skies ahead.